The last few weeks have produced several historical, thought-provoking events in the news. The largest of these events was in Britain, where scientist were able to confirm, through DNA analysis, that they had found the body of King Richard III. This took the internet by storm. While ironic, internet memes are certainly not lost on me, I was amazed at how quickly it started. Even Saturday Night Live got involved and had a skit about King Richard III. My favorite mention of King Richard III was a picture that I got off the Tudor Tutor. It was a screen shot from Twitter, explaining the fines that King Richard III owed for his “parking.”

The Tudor Tutor had a great compilation of King Richard III memes from the web, including the picture to the right. While this story was huge in the world of history, I think it was intended to be more of a story on the impressiveness of science. 🙁

In other news, I was recently sent, by a reader, a story from the New York Times, When Jim Crow Drank Coke. Not only does Coca-Cola have a checkered past because of one of the ingredients in their beverages, light is now being shed upon Coca-Cola for their segregationist business practices (from the times of the Jim Crow law era.) If I told you any more about the article, if would take from the piece.

I do highly recommend reading it. I don’t feel that any organization should be shunned for how it acted sixty to seventy years ago, in fact, I am sure that several major organizations established their own Jim Crow laws. The mention of this article isn’t to bring shame to Coke, I just thought it was historically interesting. 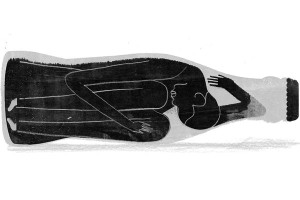 I received an email from Ben, producer of a weekly music podcast called All Time Top Ten, wanting to share his podcast with the readers of Hankering for History. Each week Ben and a guest pick a topic and count down their ten favorite songs based on that topic. Two weeks ago, Ben and his guest laid out their Top Ten Songs About Historical Events . From The Dust Bowl Blues to Ohio, these guys have covered the “greatest songs in history about history.” So if you’ve got some time to kill, or you can list to podcast on the job or while you workout, check it out. It isn’t just the songs, but you will received some history about the songs and how history influenced the music.