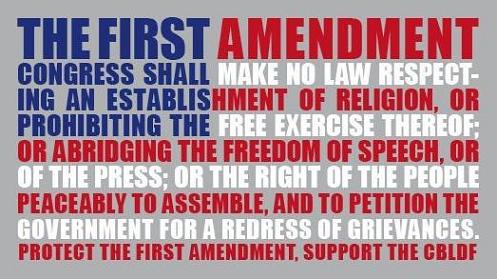 From the inception of the Bill of Rights, trying times have tested the tensile strength of these ten amendments. The First Amendment–I believe–is the first for a reason. The freedom of speech and press is important and, as citizens, our most powerful weapon.

“Congress shall make no law respecting an establishment of religion, or prohibiting the free exercise thereof; or abridging the freedom of speech, or of the press; or the right of the people peaceably to assemble, and to petition the Government for a redress of grievances.”

While some of these rights had already been violated by unconstitutional laws, Americans wouldn’t see a blitzkrieg attack on their First Amendment rights until World War I and the Red Scare. As American lawmakers decided that the overall safety of American citizens was more important than their First Amendment rights, laws started appearing that hindered freedom of speech and freedom of the press. Some of the first–and more severe–examples of this are below.

Along with authorizing the federal government to raise a national army for its upcoming entry into World War II, the Selective Service Act of 1917 also authorized Congress to jail those who obstructed the draft. If your thoughts or opinions, through speech or press, were considered as attempting to thwart the conscription, you would be arrested for exercising your rights. Many saw this as the government’s attempt to suppress “radical” criticism of policy. 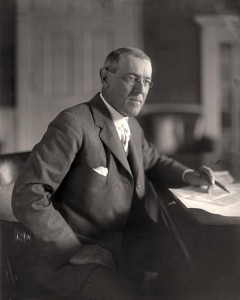 Trading with the Enemy Act of 1917

The Trading with the Enemy Act of 1917 is still enforced today. This act gave President Wilson the power to oversee and restrict trade with countries that the president deems enemies during time of war. While this might not sound like it is infringing on one’s rights, it did. This act not only keeps you from buying cigars from Cuba (the only country still on the restricted list), but during World War I it granted the Postmaster General the power to ban all foreign language letters and publications from United States mail. As a member of the press, your attempts to distribute any foreign language material was prohibited.

President Wilson believed that “Authority to exercise censorship over the press … is absolutely necessary to the public safety.” While President Wilson was not grated the blanket censorship he requested with this act, it definitely violated First Amendment rights. This is another act still enforced today, but it has changed slightly over the years. This act, much like the Selective Service Act prohibited actions (including guaranteed First Amendment rights) that might interfere with military options.

The Sedition Act of 1918 was one of the most heinous acts enacted by Congress. (At least during this time period.) The Sedition Act forbade “disloyal, profane, scurrilous, or abusive language” against the United States government. In the two-year life of this act, more than 2,000 individuals were prosecuted under the Sedition Act before it was repealed.

The United States Judicial system is an invaluable government branch because its main purpose is the defense of Americans’ rights. Looking out for the little guy, minorities, and public interest, the United States Supreme Court is generally praised for keeping the other two branches in check. Unfortunately, during this time period, the separation of powers did not work in favor of the guaranteed rights under the First Amendment. The following are a few of the United States Supreme Court cases that left our freedoms twisting in the wind. 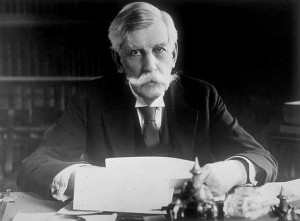 This Supreme Court case upheld the Espionage Act of 1917 and determined that “when a nation is at war, many things that might be said in time of peace are such a hindrance to its effort that their utterance will not be endured so long as men fight, and that no Court could regard them as protected by any constitutional right.” In this case, a man was arrested for mailing out 15,000 leaflets that advocated opposition to the draft. Schenck v. United States will forever be remembered as the case that introduced “clear and present danger.” Justice Oliver Wendell Holmes, Jr. offered the following in his opinion:

“The most stringent protection of free speech would not protect a man in falsely shouting fire in a theatre and causing a panic. […] The question in every case is whether the words used are used in such circumstances and are of such a nature as to create a clear and present danger that they will bring about the substantive evils that Congress has a right to prevent.” – Oliver Wendell Holmes, Jr.

In Abrams v. United States, individuals were arrested for distributing anti-war leaflets. By doing so, they were charged with inciting resistance to war efforts and urging curtailment of production of essential war materials. Justice John Hessin Clarke claimed that the individuals responsible for the leaflets–which called for a strike–violated the Espionage Act of 1917. He stated that “the manifest purpose of such a publication was to create an attempt to defeat the war plans of the government of the United States, by bringing upon the country the paralysis of a general strike, thereby arresting the production of all munitions and other things essential to the conduct of the war.”

The last of the major Supreme Court cases, of this time period, which oppressed First Amendment rights was Gitlow v. New York. In this case, Benjamin Gitlow, publisher of “Left Wing Manifesto,” was arrested for violating the Espionage Act of 1917 and the Sedition Act of 1918. This manifesto, seen by Justice Edward Terry Sanford as containing “the language of direct incitement,” was in clear violation of the Espionage and Sedition Act. Justice Sanford stated that “a single revolutionary spark may kindle a fire that, smoldering for a time, may burst into a sweeping and destructive conflagration.” Even though World War I and the Red Scare were over, Gitlow was found guilty and placed back in jail–his First Amendment rights smothered.

Over the years, these prohibitive and oppressive laws and court cases would be repealed and overturned.

Post September 11th, it appears that laws similar to these may be coming back. Both under President Bush and President Obama’s terms in Executive office, I have seen laws passed that instill fear and threaten my First Amendment rights.