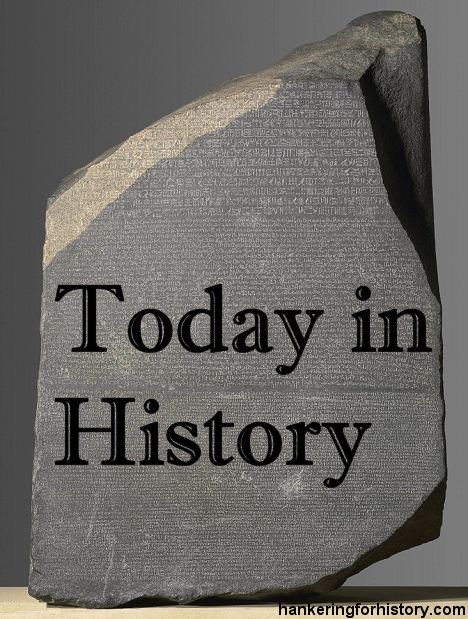 On this day, in 1825, the Stockton and Darlington Railway...

Well, I had planned on writing about John Adams and his peace-talk efforts that started on this day, in 1779, which would eventually lead to the Treaty of Paris, but the History Channel--in their infinite wisdom--stole my "On this day" as their lead story. So you will have to settle with some British history, haha just kidding! (Kidding about settling, not about getting British history.) On this day (Sept 27th), in 1825, the Stockton and Darlington Railway ran for the time. This railway was the first publicly subscribed passenger railway. The Stockton and Darlington Railway (S&DR) was a north-eastern England railway built for both transportation of passengers and shipping of goods. The first trip took six-hundred passengers, twelve miles, in two hours. The majority of the passengers rode in open coal wagons. There was one passenger coach called "The Experiment," which was basically a large wooden shed on wheels.  (Pictured below is the updated 1826 model.)

The driving force pulling this first passenger train? The Locomotion No. 1.  This steam-engine locomotive was special not only because it ran the first passenger trip, but also because of its design. The Locomotion No. 1 was unique because it was the first to use coupling rods instead of gears. It was labeled the "The World's First Most Successful Locomotive" by The New Zealand Railways Magazine. [1] Over the next thirty-eight years, S&DR would expand this line across England until it was absorbed by North Eastern Railway in 1863.

The younger generations can't grasp the importance of trains. When it comes to traveling, they either take a car, an airplane, or if they are really desperate...a Greyhound bus. Not many people use trains for transportation anymore. Trains are merely a traffic delay, an inconvenience; however, trains changed everything. They made long distance traveling safer and seem instantaneous to impatient persons. Trains, like planes or the internet, gave businesses new options, cheaper and quicker options. As passenger airplanes did not appear until 1913, the train was top dog for several decades.