Whenever a student expresses interest in history, or any humanities- or liberal arts-related course, the question they hear most is, “What job will you get afterwards? You’ll just become a teacher? Do they have other careers for history majors? What jobs are there for people with a history degree?” Or something to that effect. Not being “computer science” or “microbiology,” humanities subjects are fighting to prove themselves relevant today.

Interestingly enough, despite the view that history majors have limited jobs open to them, humanities majors have proven and are proving themselves in the general workforce. The statistics say that 1 out of 3 Fortune 500 CEOs have Liberal Arts degrees.

The negative perception of history majors and humanities majors is persistent, but not realistic. A degree in history gives its students a wide array of skill sets that they can bring into practically any field of the workforce.

Careers for History Majors: What Skill Set Does A History Degree Give You?

You can hear “critical thinking” from every humanities supporter and still choose to ignore its importance in the work world. After all, it is such a general term. How can you go to a job interview and say, “I have a history degree, so I have critical thinking skills; pick me!” Let’s look closer at what it means to have a history major-rooted skill set, and why it is practical all across the job spectrum.

What is Critical Thinking?

One good example of critical thinking is the Fact Check article The New York Times runs after every major presidential debate. After every debate, expert researchers look at certain generalized statements of each candidate. They do the research, look at the history behind the statement, look at why the statement is true or is not true or could have been true before but not today. With that research, they verify how accurate the candidate’s statement was.

According to the Greek roots of the word “critical,” the meaning is to think, using “discerning judgement based on standards.” In other words, a critical thinker is used to taking a step back to look at a statement or seeming fact carefully.

For example, a non-critical thinker would agree that offshore jobs should all be brought back to America. A critical thinker would step back, and try to figure out how many companies would downsize when faced with the higher costs of labor. Critical thinkers are used to facing problems and breaking them down into smaller sizes, the way they would do with generalized statements.

History courses give you critical thinking skills because they teach you to make a habit of learning the reasons behind an event or problem. The Civil War did not just happen because the North and South decided to disagree on slavery. Slavery was a foundational aspect of the Southern economy, while cheap immigrant labor in the North made them less dependent on that resource.

Even that detail is only one of those that contributed to the development of that one war. History courses give you the habit of looking at something general, and verifying exactly how and why it happened. This builds those critical thinking skills you will need in any workplace.

What Are Research Skills?

Research skills have not gone out the window with the advent of Google. Most students and employees think of research and think of dimly-lit libraries, dusty books, and hours spent looking through pages without the benefit of the “Ctrl+F” (Find) button. However, research skills do not just mean the ability to turn pages in a book. That would be equal to the ability to search in Google. Research skills are the skills needed to know what to research, and how.

This is where research skills kick in. You already know what you want to find: either one specific want per athletic field, or one common want for all the athletic fields. You look for surveys, interviews. If those are not available, you can even research “most common sports injuries.” The most common injuries tell you what the athletes are most prone to. You can then use whatever statistics you find to explain why your product is best for them.

Does not sound as practical as Photoshop or computer programming? Think again. What is the strength of reading effectively? It means you can process large amounts of data in a shorter amount of time than most. This is important especially if you are employed in an industry with an ongoing project.

Very often, they will ask you read up on the project instead of guiding you through it step by step. What they are asking you to do, in reality, is to catch up with them independently. The faster you can do that, the sooner you can join in the project. The sooner that happens, the more effective you become as an employee.

What Careers Can A History Major Pursue?

For some of you, these look like your dream jobs. What better career to have than putting books in order, or coming up with write-ups for various artifacts? For those who love history for history’s sake alone, these jobs are heaven. There is also no reason that they cannot be lucrative.

According to WorldWideLearn’s list of “$100k Careers That Can Start With A History Major,” a number of related jobs can still be considered practical–if you want a history-related course. The first is that of being a lawyer or a paralegal. Besides a phenomenally good memory, critical thinking and research skills are demanded from lawyers.

Students who have undergraduate degrees in history are well-suited to the legal fields because they have already built up the skills needed. Their average income a year is over $133,000, and the job growth is a projected 10% until 2022.

Another suggested career is that of a public relations (PR) officer. A history undergraduate knows how to communicate well, and how to use and interpret data; both needed skills. They earn an average of $115,000, with a projected job growth of 13% until 2022.

Other careers in the list include “Political Scientist” and “Postsecondary Education Administrator.” Both earn over $100,000 on average, both are seeing projected job growths over 10% over the next few years. A history major can be quite practical; even in related job fields.

However, for those who want to have their cake and eat it too–study a history course but use it for the more “practical” careers–there are several other options.

Vanderbilt University took a survey of 69 of its history major alumni. They asked them, first, in what field they were working; and second, if their history major helped them at all in their current field of work. Overall, the responses were enthusiastic. In addition, the survey results were surprising.

The field where most of the history majors were working was the business sector; 30% of the surveyed graduates were there. 24% had gone on to pursue law or were in the legal sector; 17% were in the education sector; and 7% were even in the military. Of those who answered, only 1.4% were unemployed.

According to the students themselves, they built the knowledge-bases of their jobs within the first few months of being hired. However, they were more than advanced in critical thinking and communication skills, which gave them an edge in the industry. It also gave them a foundation easy to build upon.

Realistically, which skill-specific careers can history majors pursue? First, they can definitely pursue almost any analyst career. To be an analyst, both research skills and critical thinking skills are demanded. Anything knowledge-based can be quickly learnt, because you already have the reading and writing skills needed for easy data processing and organization.

Careers related to communication, such as writing or even marketing, are also within reach. It is just important that you know which skills you have, so you can best communicate them to anyone who asks.

Careers for History Majors: What Kinds of Education in History Can I Get?

This article is not only for students who are considering their undergraduate degree. If you are wondering what graduate degree would make a good career pick, this is also for you. And if you are a working person who wants to take part-time certificate courses, this is a guide to why history is a good supplementary course.

If your experience in primary and secondary school of history was “boring” names and dates, remember that that was the knowledge foundation of history. If you were to look at it visually, it would be like a number of dots scattered on a page in seemingly random fashion. An undergraduate degree in history shows you how to draw lines connecting the dots; literally, it shows you how to make the big picture emerge.

The common history subjects across universities are those which lay the foundation for understanding the world today. Usually, it begins with the Middle Ages, and a description of the Holy Roman Empire and its hold over Europe until the Renaissance period wore away at that hold. This section shows why the emergence of the first nation-states in 1548 was so important.

And then, of course, you will need to take country-specific courses. Nineteenth Century American History, for example, or Colonial History. If you were in the United Kingdom, you would be taking courses Medieval England, most probably, or those for the Victorian Era.

Graduate degrees in history are much more specialized than undergraduate degrees. For some graduate students, this is where the fun really starts. After all, all of the course subjects will be directed towards one specific time period in history. 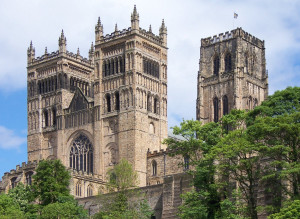 Graduate degree courses in history are much more intensive than undergraduate degree courses. This means you will be facing more in-depth books and readings, and be called upon to learn different perspectives of history and critique them at the same time. When it comes to the development of critical thinking, this is the ultimate crash course.

Second, remember that the skill set history gives to its students is mostly developed in the classroom. Discussion and critical thinking about the different events of history that contribute to the present day go on in the (usually weekly) seminars that constitute the class element. The readings and essays you do out of the classroom provide you with the extra learning and skills in critical thinking, although less intensively and over a longer period of time.

Careers for History Majors: Wider Than You Think

According to TARGETjobs, Skills You Need, and the University of Kent, there are several general employability skills required across the job spectrum. Among them are communication skills, critical thinking skills, negotiation skills and organization skills; all skills developed with a history major. Whether you are choosing an undergraduate degree, a graduate degree, or a  certificate course, put “History” on the list. It is definitely a relevant major for today.

6 thoughts on “Careers For History Majors”