It’s not easy to take on the job of a security guard, especially since it means you risk your own life to save other people’s lives. The tales of unsung heroes like security officers have constantly been in the limelight for decades because of inspiring stories of heroism that have made people believe in real superheroes again. The history of security guards is one that shouldn’t be overlooked.

A security guard, also referred to as security officer or security personnel, is paid and designated by an organization to protect assets such as people, property, and money from imminent danger by enforcing preventive precautionary measures. They are usually uniformed to denote a lawful authority’s presence guarding a private property. Security officers take watch and create high visibility presence in assigned areas to prevent any unlawful criminal activities, patrol around and observe, watch surveillance camera feeds for any irregularities and taking action to prevent crime or minimize damage to life, limb, and property. 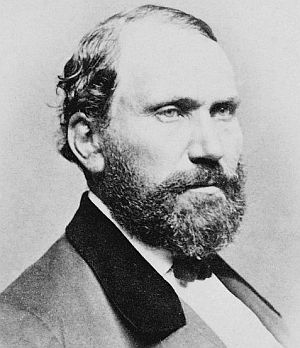 In the early 1800’s, there were no established law enforcement agencies or federal authorities to chase down outlaws across territorial lines. They were also inadequately equipped to go after criminals escaping the state or country which were responded to by the introduction of the security industry.  The Vigiles Urbani who guard the city of Rome was said to be the origin of security personnel. Security guards were called “watchmen” in the old days or middle ages in Europe. The security industry that we know today was founded in 1850 by Allan Pinkerton with the establishment of the Pinkerton National Detective Agency based in Chicago. This swiftly became one of the industry’s largest and most prominent security agencies. One of the main clients of the agency were railroad operators or companies which were usual victims of crooks who robbed passengers and trains of cargo and personal items.

Security guards had a more comprehensive role aside from private policing which include investigating crimes, guarding railroad shipments, giving security advice to businessmen who became frequent victims of lawless criminals. Regulation of the security industry commenced in 1915, wherein the state of California provides licensing and regulation of private security guards under the Administration of the State Board of Prison Directors. The said regulation was brought about by the increasing number of private security agencies and personnel mushrooming in the state and in the United States.

The duties of a security guard are to uphold the law in terms of detection and deterrence of crime. Majority of security agencies practice this mantra: “detect, deter, observe, and report.” Security guards can make citizen’s arrests or act as an authorized agent of law. Most of the security guards have previous military or police experience.   Security training has also evolved over time just as the compensation have also increased to attract more competent individuals specifically those who had prior police or military training and experience.

Security guards are also employed as bodyguards and are usually ununiformed and highly trained in order to defend life and property. Different requirements are to be complied for application as security guard depending on the state and role of office. For instance, in North Carolina, security officers must be licensed and certified by the Private Protective Services Board (PPSB). In California, security agents must obtain a license from the Bureau of Security and Investigative Services (BSIS). All security personnel are required to submit themselves to background checking and course training for different levels before they are given accreditation and licenses to be a security guard.

14 thoughts on “The History of Security Guards”