Did you know that 18-wheeler have tougher and larger engines compared to that of car engines? It’s actually six times bigger than the average car engine and extends up to 800,000 more miles than cars. Semi-trailers are certainly designed to take on the rough terrain and can withstand prolonged wear and tear.

There is certainly a lot that we don’t seem to know about 18-wheelers, like the fact that that it’s called a “semi-trailer,” despite its monstrosity on the road, it is dependent on a tractor for movement as it doesn’t have any front wheels.  It can carry up to 800,000 pounds of capacity and is around 80 feet long with the cart attached. 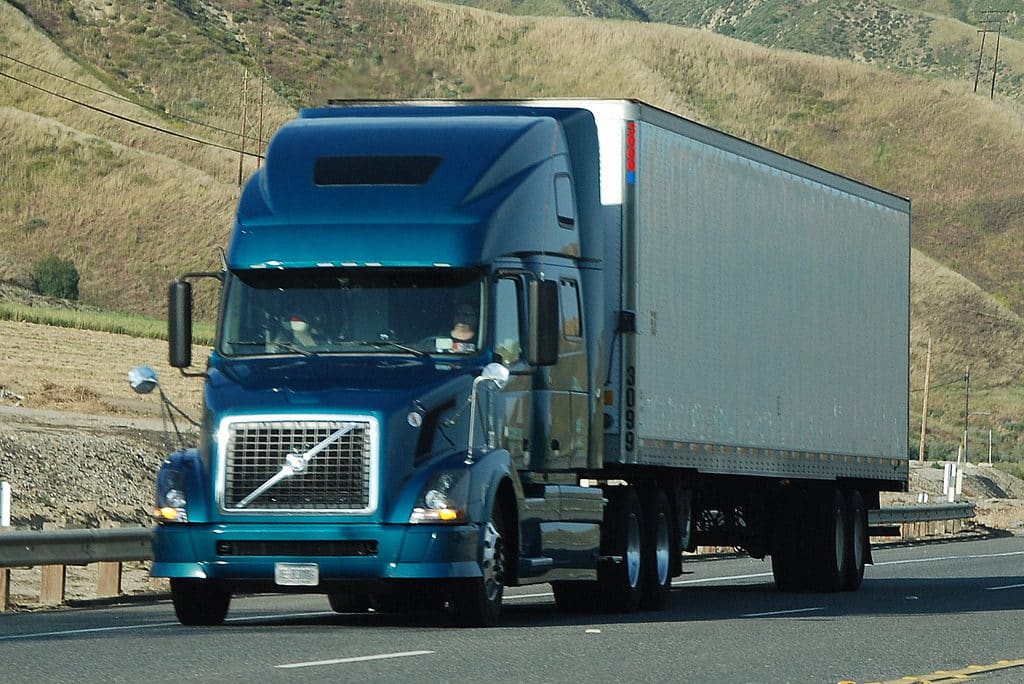 The use of semi-trailer trucks is a dynamic part of the commercial trucking industry as it actually transports roughly around 70% of all commodities in the United States alone. Interesting enough, the use of the 18-wheeler was jumpstarted in the 20th century with the development of concrete roadways and has expanded tremendously with today’s continuously evolving modern interstate highway system.

So how did it all start for the 18-wheeler?

The idea of the trailer truck started way back in 1896. Alexander Winton, an automotive manufacturer (who would be known today as a car maker) discovered the 18-wheeler while navigating his business empire. He was the CEO and founder of The Winton Motor Carriage Company of Cleveland. He saw the difficulty of delivering cars to buyers. He realized how hard it is to get around with buyers all over the United States or practically located hundreds of miles away from his location in Cleveland, Ohio. He could drive the car to be delivered right into the buyer’s garage but this could be very expensive and he couldn’t risk damage on the vehicles.

Little did he know that his problem with delivering cars would facilitate the discovery and introduction of the trucking business concept with the use of the 18-wheeler. In order to transport cars, he attached the tractor to the back of the truck. However, the early version of the semi-trailer can only transport one car at a time which clearly needs more modification.

His invention of the ‘automobile hauler” or semi-trailer paved the way for massive automotive sales as he also began designing and manufacturing trailer trucks for other car manufacturers in the United States.

The very first semi-trailer had a skeleton of a modified tractor with the cart attached to the rear. While most trucks or cars for that matter have engines right in front, this semi-trailer actually had the engines built right on the rear.

The early version of the 18-wheeler can only mount one car. It also took so much time and manpower to fasten the car onto the trailer truck.

Adaptations of the Semi-Trailer

Other people who pursued the innovation of the trailer truck design, like August Charles Fruehauf, wanted originally to build a carriage in order to transport his boat early in 1914. He attached the semi-trailer then to a Ford. It became such a huge hit that he adjusted the design in order to accommodate other uses for the semis like hauling lumber. It was in 1918 that August started the Fruehauf Trailer Company which still leads the semi-trailer manufacturing industry up until now.

John C. Endebrock who has been designing horse carriages enhanced the trailer truck concept by developing the “trailmobile” platform. This concept that started in 1918 made use of an iron chassis that is mounted on the wheels and also spring that could be attached behind a Ford. The trailmobile concept remains to be a respected household name today.

Also, a car salesman by the name of George Cassens, designed a semi-trailer that can mount up to four cars which increased the capacity and efficiency of trailer trucks in the 1930’s.

Mack Trucks which was a company established in 1900 was one of the innovators of heavy-duty commercial trucks. The company manufactured and designed truck engines with automatic starters which rendered the hand-crank outdated. From 1929 to 1944, Mack Trucks became a brand name for durability as they have produced around 2,601 full- and semi-trailers in Brooklyn, New York.

The semis that people know today are the product of evolution of the semi-trailer concept that used to haul one car. Over the years, the two-wheeler invented by Winton came to evolve as the 18-wheeler that has been moving cargos onto different locations in the country. Today’s modern semis or 18-wheelers are able to carry and transport more than an average of 700,000 tons of commodities per year across different location driven by an approximate of 3.7 million truck drivers in the United States.

The Future of 18-Wheelers

As far as the future of 18-wheelers, technology will determine its fate. “The need to transports goods from point A to point B won’t ever disappear, said Jason Dasher, the President of Capital Solutions, “and it is my opinion that tractor-trailers are here for the long haul.”

Self-driving cars might be the wave of the future, but the current system in place seems to be the best way in which to transport commodities. As far as costing is concerned, the 18-wheeler is the most effective way to get the job done.

5 thoughts on “The History of the 18-Wheeler”