When I was a child, on numerous occasions, I was asked to pick a president or famous person from history and do a biography on this person. For whatever reason I decided to choose Theodore Roosevelt, and since then I have always chosen him for this type of assignment. I haven’t been asked to write a paper like this since grade school; however, I made a reference today to a well-known Teddy Roosevelt fact at my office. I thought about good ole Teddy all day, and I thought I would look him up online. I scrolled across a Wikipedia.com article that brought to light an interesting fact that I was unaware of.

While Roosevelt was campaigning in Milwaukee, Wisconsin, on October 14, 1912, a saloonkeeper named John Schrank shot him, but the bullet lodged in his chest only after penetrating his steel eyeglass case and passing through a thick (50 pages) single-folded copy of the speech he was carrying in his jacket.  Roosevelt, as an experienced hunter and anatomist, correctly concluded that since he was not coughing blood, the bullet had not completely penetrated the chest wall to his lung, and so declined suggestions he go to the hospital immediately. Instead, he delivered his scheduled speech with blood seeping into his shirt. He spoke for 90 minutes. His opening comments to the gathered crowd were, “Ladies and gentlemen, I don’t know whether you fully understand that I have just been shot; but it takes more than that to kill a Bull Moose.”

There is nothing else to call this man, other than a badass. Men are not what they used to be. Injured or not, there is no way that George Bush or Barack Obama would ever deliver a speech after an attempt on their lives. 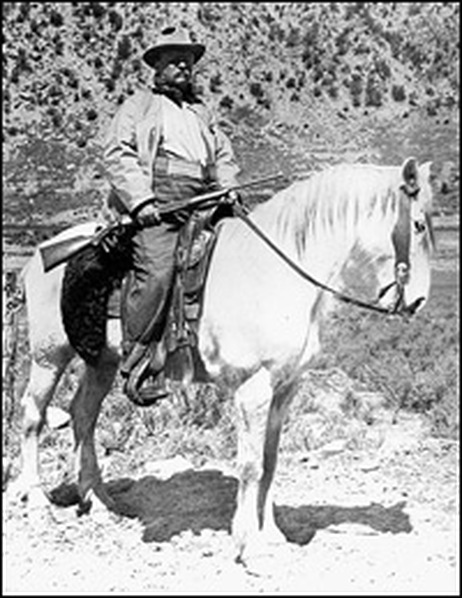