In prehistoric times, we lived as hunter-gatherers. The primitive man hunted and consumed wild animals, including the bovine in its many forms. Some of the oldest cave paintings, such as the one in Lascaux, France, depict aurochs, the ancestor of domestic cattle, being hunted.

As early as 8,000 BC man began domesticating animals including the bovine. The cattle came in two forms, one type Bos taurus came from Europe, and the other Bos indices came from South East Asia and Africa.

The Spanish brought cattle to the Americas through Mexico. Starting with Columbus himself on his second voyage in 1493, cattle began to make their way from Europe to the New World. The trend continued with the Spaniard Vera Cruz and Portuguese traders.

Later, in 1611, the English brought large numbers of cattle to North America, specifically to the Jamestown colony. The French and English colonists continued to raise cattle throughout the eastern portion of North America throughout the development of the colonies and the Revolutionary War.

Beef, however, was not a significant part of the American diet until after the Civil War. Up until then cattle was used for milk, butter, hides and for drafting. The wild game available contributed greatly to meat consumption. After the Civil War, cattle moved west. In the west, cattlemen found that some of the Spanish missions already had large herds.

In the 19th century, cattle were primarily raised in the west where traditional food crops were harder to cultivate. The cattle grazed on native grasses and were moved, in cattle drives, to feedlots where they were fattened up. They were transported by train to the mid-west where they were slaughtered and shipped via refrigerator cars to the east where the majority of the population was. Chicago was the main focus point for the trains and therefore for the stockyards and slaughter houses. Thus today we have the Chicago Bulls as a basketball team. 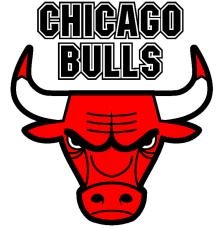 Industrialization changed many things in the United States, including the way cattle are raised, slaughtered and processed. The process has been systematically developed and mechanized in a no-nonsense scientific manner, similar to a production line in a Ford model T factory.

In today’s time, as a result of industrialization and the scientific progress made, we find packed feedlots and highly efficient slaughtering and processing techniques.

The increased use of feedlots has created the need for antibiotic usage in cattle for maintaining health in unsanitary conditions. Additionally, advances in bioengineering have created synthetic growth hormones and steroids used to increase beef output per head of cattle.

As America’s culture has evolved, we find a growing demand for grass fed beef. Beef that is raised in open pastures and not put through the feedlot/packing house system that has dominated the landscape of beef production in the US. There is also a rising demand for organic beef as well as people are learning more about diet and nutrition.

Today’s grocery store has neatly packaged beef products ranging from roasts to steaks to ground beef. And as of late we see organic and grass fed beef options landing on the shelves side by side with conventional beef products. It has been a long road from caveman times to today, but beef has been there, with man, throughout the entire timeline of human history.

Rich Coffman is a blogger on the front range of Colorado. He writes on various topics including the health benefits of grass fed beef.

3 thoughts on “The History of Beef”