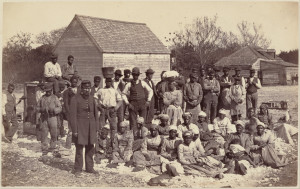 14 thoughts on “Was The Civil War Inevitable?”