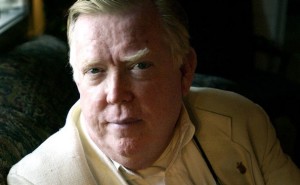 I’ve never personally met historian Edward Williams, however, I have seen the efforts of his hard work in preserving history in the Memphis area, and I have read excerpts from one of his books: Great American Civil War Trivia

The following are from his alma mater, The University of Memphis and The Commercial Appeal:

The Memphis area lost one of its most devoted historians Sunday when Ed Williams died. Trained as an engineer, he received a MA in History at Memphis State University in 1974. Ed had served as Shelby County Historian since 1994. He was only the second person to hold that position — Ellen Davies Rogers had served from the time the position was created until her death in 1994. In addition to his activities in numerous local historical organizations he had held several political offices — Tennessee House of Representatives from 1971 to 1978, Shelby County Commission from 1978 to 1974, County Trustee, County Assessor, and County Environmental Coordinator.

Edward Foster Williams, III, 78, passed away September 29, 2013 at his home. Born in Brooklyn, NY on January 3, 1935 to Ida Richards Williams and Edward Foster Williams, Jr.; they moved back to Memphis from New York, before he was one. He was a graduate of East High School in 1952, received his Bachelor of Science in Engineering in 1956 from Auburn University, where he served as sports editor of the Plainsman. He continued his education and earned his Master of Arts in History from Memphis State in 1974. At the forefront of environmental engineering, when regulations were beginning to be put into practice, he helped develop the field of Environmental Engineering Consultation. He served his country in the United States Air Force as a Lieutenant from 1957-1960 and retired as a Captain in 1971. Mr. Williams was a member of the Tennessee House of Representatives from 1970-1978 and served on the Shelby County Board of Commissioners from 1978-1994. As an accomplished writer, he was the author of: Fustest with Mostest, Early Memphis and Its River Rivals, and Great American Civil War Trivia Book.

He never joined an organization of which he would not be president, because “as long as you are president they can’t start the proceedings without you.” He served on the the following: Shelby County Historical Commission, Memphis Belle War Memorial Foundation, delegate to the Republican National Convention in 1988, 1992 and 1996. He was currently serving as historian for Shelby County, trustee for Bolton College, trustee for Faith Christian Academy and a member of Nathan Bedford Forrest Camp 215 Sons of Confederate Veterans, Tennessee Historical Society, West Tennessee Historical Society, and Davies Manor Association Board. Mr. Williams is survived by his wife, Sue Osenbaugh Williams; children, Cecile Leggett (David) of Memphis and Alex Williams (Cindy) of New Orleans, LA and grand-children, Caitlin and Will Leggett and Reid and Jordan Williams. The family will receive friends Wednesday, October 2 beginning at 10 a.m. in the Salmon Room of Second Presbyterian Church, where he was a member. A memorial service will follow at 11 a.m. in the Chapel. In lieu of flowers, memorials may be made to Second Presbyterian Church or Auburn University Foundation E. F. Williams Annual Engineering Scholarship, 1320 Shelby Center, Auburn, AL 36849. As Ed would say, “It has been my observation that history does not repeat itself, but human nature does. Knowledge of this principle can be put to use in politics, business, and other endeavors if one knows history.”