“The fact that I am using my life’s energy to destroy human souls gets on my nerves.” She was proud that she was “doing what I can to bring this horrible affair to an end. But once the war is over, never in creation will I do the same thing again.”

~ Words of a woman writing for the magazine of a projectile factory.

Once the cheery glow of the street parties had faded after the announcement that Britain was indeed at war, the realization quickly dawned on people, after the Battle of Marne, that this was a lot bigger than initially thought. The War wasn’t going to be over by Christmas after all. With a shortage of men in the workplace and to perform the traditional roles, such as working the land and factories, these manual job positions were soon filled with women. 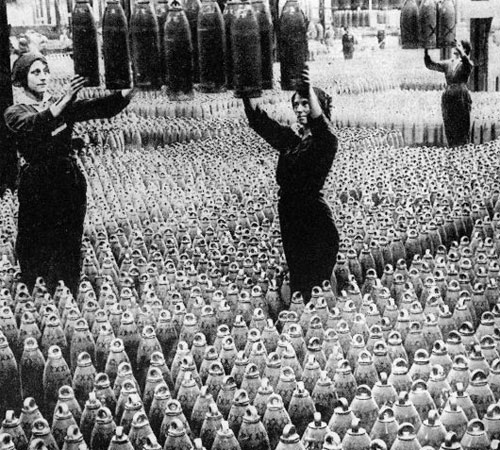 Before war broke out the majority of working class women held positions in domestic service or in the textile industry. Now times needed to change. The war effort required exactly that and many took up jobs in many of the munitions factories that were quickly established to create ammunition for the troops on the Front Line. (The women that worked in these ammunition factories were known as munitionettes.) With demanded for these resources at a critical point, employees of the factories worked long hours, a typical shift would last 10-12 hours and was a highly dangerous job with bombs likely to explode at any given time. Injuries were common as was poisoning from the toxic fumes, and as one could imagine the onus was certainly put on the production of the arms themselves and healthy and safety issues were put firmly on the back burner.

The grim reality of the daily toil on the Home Front was quite literally a ticking time bomb.

It was a hard life being a civilian in the period of 1914-1918; this was the first time civilians were attacked at home too. Zeppelin bombing raids became common. Attacking the enemies civil resources had never been encountered before on British soil. The attack in the sea also prompted further discontent. Not only had there been an increase in inflation and food was becoming too expensive for some, German U-boats patrolling the waters were also creating food shortages, so rationing was introduced. However, despite the hardships faced during this period, there were some positive outcomes to some situations 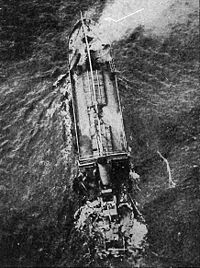 British steamer sinking after a torpedo attack from a German U-boat.

When the war was over some munitions factories were swiftly closed and others that remained open reemployed men who came back from the frontline instead. However, despite the hardships faced during this period there were some positive outcomes to some situations, the class divide had been lessened to a certain degree with women from all backgrounds joining forces and working alongside each other in factories, as land girls, or in nursing. Women were left with new found skills and determination as well as a voice that they intended to use as a weapon in their own war for equality.

There was dancing in the street once again. This time it would have been bittersweet as the end of the war was announced, women who had been keeping the country running, some expecting the return of loved ones, some not so lucky. However, it is for certain that those who did return, they would indeed be coming home to a very different country.  Life would never be the same again.