There has been a lot of ‘history’ mentioned in the news lately. One of the blogs that I follow, Military History Now, wrote an excellent article yesterday entitled How a Full Moon Cost the Confederacy its Most Valuable General. This article was exceptionally relevant yesterday as it was the 150th anniversary of the death of Confederate General Thomas “Stonewall” Jackson. The article explains that scientific material, published by Sky and Telescope, proves that General “Stonewall” Jackson incurred friendly fire due to a particularly bright moon that was in the sky that fateful night. I found the entire article very, very interesting; well worth the read. 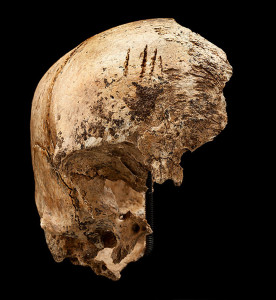 Almost every history website, especially those that cover current events and history, have mentioned the recent findings that further proved that the settlers of Jamestown were forced to resort to cannibalism. While The History Blog has a top-notch post worth checking out–Evidence of survival cannibalism found at Jamestown, I found a great article from someone who was not writing from a historical point of view, but from a scientific one. Bones Don’t Lie, written by an anthropology PhD student, helps give a historical and scientific breakdown of the Jamestown cannibalism evidence.

The last interesting article I ran across today was from the good old HNN. George Mason’s History News Network is helping bring light to a current problem on the internet. The article starts with an extremely blunt introduction–“Wikipedia has a problem with women.” From there the article explains how Wikipedia is lacking when it comes to articles about women, especially non-white women. There is a saying that goes something along the lines of “history is written by the winners.” Generally history is written by rich, white men. That is how it has always been, but it appears that things are about to change. Needless to say, Wikipedia is about to get a major upgrade in its content.

3 thoughts on “History from the Web”