Discovering the History of Fireworks

Fireworks are a product familiar to most of us. However, whether it is at a wedding or at another event, most of us only know about the colors they create in the sky and the noises they make. What most of us don’t know is about the rich history of fireworks, and the special place they hold in various cultures and religions all across the world. 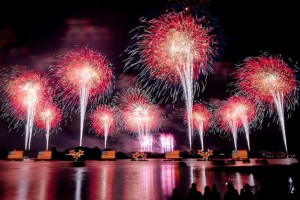 China is generally credited as the birthplace of fireworks, with historic documents dating back almost 1500 years featuring descriptions of such products. Fireworks would be used in China to celebrate festivals, and would be widely used by Emperors and others in positions of power as a display of supremacy and control. Pyrotechnic experts were among the most widely respected and sought after individuals in China during this period, as fireworks were seen as mystical and having great power, and displays seen as complex masterpieces.

In the 10th century, fireworks became widely available for public purchase and use in China. These were often unsafe and unreliable however, as market vendors looking to cash in on their popularity would often produce fireworks themselves without any first-hand knowledge of how to do so.

In the 13th century, Middle Eastern countries gained knowledge of gunpowder and fireworks creation from China. While low-level fireworks made their way to Europe at this time, it wouldn’t be until the 17th century that Chinese fireworks, with their brilliant color and deafening sounds, would become the standard there.

Fireworks around the World Today

In what parts of the world do fireworks play a large part in culture and religion?

Fireworks are a part of life in the Far East, and you’ll typically see them being used irrespective of the time of year. Tokyo, for example, holds regular festivals and fireworks competitions, with weeks in July and August handed over to an annual fireworks festival that doubles as a massive street party.

While fireworks are commonplace within many religious festivals, particularly Christmas, it is the Hindu festival of Diwali that is probably the most well-known for them. Given that it is called ‘The Festival of Light,’ it is perhaps no surprise.

Naturally, the biggest parties occur in India, with a variety of fireworks used across the country, depending on which state you are in. Many of India’s states and biggest cities produce fireworks in large volumes, ensuring that there are never shortages when Diwali runs around. However, it can also lead to problems at other times of the year if excess fireworks are wrongly discarded or stolen. 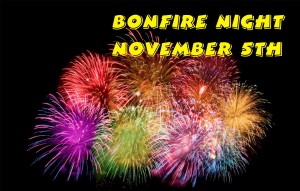 November 5th in the UK

‘Bonfire Night’ is a tradition in many countries around the world, but it is the UK that is perhaps best known for the event. Taking place annually on November 5th, Bonfire Night commemorates the arrest of Guy Fawkes on the same day in 1605 for his involvement in the Gunpowder Plot. While the political and religious connotations are observed to a declining degree, the event is still an important tradition in the country.

Other Uses of Fireworks

Such is the accessibility of fireworks today that we see them at all manner of celebrations, from weddings and birthdays to graduations and everything in between. Fireworks remain an important means of celebration while retaining cultural and religious significance in many countries around the world.

Author Bio: Louise is currently planning her wedding and has her heart set on an inspirational fireworks display. Before finding fireworks at Fireworks Crazy, Louise decided to research the origins and historical significance of fireworks, so she could truly appreciate what they’ll bring to her big day.

1 thought on “Discovering the History of Fireworks”