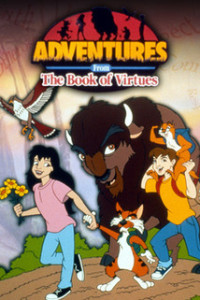 There was a PBS children’s show that I watched growing up called Adventures from the Book of Virtues. It was a great show that was meant to teach children about virtues, putting them into easily understood perspectives. Each episode, which contained several mini-stories, had one specific virtue that it covered. As a lover of history, even at a young age, I loved this show. All of the mini-stories were stories about history or mythology. The virtues were many and the stories were vast. As an example, for the virtue of responsibility, you would hear the story of Icarus and Daedalus; for self-discipline, Midas and The Golden Touch; and for patience, the story of Anne Sullivan and Helen Keller. Along with the two human characters, the main characters–all animals–were Plato, a bison; Aurora, a raptor (bird, not dinosaur); Socrates, a bobcat; and Aristotle, a prairie dog. (Great names, right?)

Of all the episodes that I watched, one always remained with me–Courage. This would not be because the virtue of courage was one I wavered in, nor was unaware of. I simply enjoyed this episode because of the mini-stories contained in this collection. This episode covered the story of Theseus and The Minotaur, William Tell, and The Brave Mice. I always thought that the story of William Tell was impressive. A man is faced with an unfathomable and horrific task, which could ultimately take the life of his son. While the story line was similar to that of Abraham from the Bible, William Tell’s story was of courage, whereas Abraham’s was about his strengths–faith and trust. 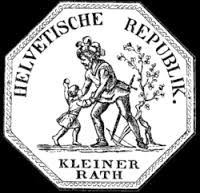 Here is my attempt to tell the entire story in four sentences. William Tell, a marksman with a crossbow, and his son had upset Governor Gessler. As a punishment for their ‘grievances,’ Tell was forced to shoot an apple off of his son’s head. William Tell and his son–both courageous–lived because of Tell’s top-notch shooting. Through a series of events, Tell killed Gessler and procured freedom for what is now Switzerland.

While the Swiss are known first and foremost for their fantastic skiing, they are also known for their inventions. The Swiss’ most notable inventions are milk chocolate, wristwatches, the Red Cross, cellophane, Velcro,  and William Tell. That’s right, the legend of William Tell is just that, a legend. A man praised by the Swiss, and the rest of the world for that matter, is more than likely myth–a fabrication. I certainly believed for some time that he was real. When John Wilkes Booth wrote about William Tell, I bet he thought Tell was real, too!  Booth wrote in his journal that he should be praised for his successful assassination of President Abraham Lincoln, he used William Tell to parallel his actions with those in history.

“…with every man’s hand against me, I am here in despair. And why; For doing what Brutus was honored for and what made Tell a Hero. And yet I for striking down a greater tyrant than they ever knew am looked upon as a common cutthroat.”

The world is immersed in William Tell and his story; he has been intertwined into the culture of all humanity: books, music, and art. While there are many literary references of William Tell that start to surface in the late 15th century, the first mention was in the Weisses Buch von Saren, which was written in 1475. The William Tell Overture, one of the most popular classical songs in America, is from Gioachino Rossini’s opera based on William Tell. The official seal of the short-lived Helvetic Republic (1798–1803) had William Tell on it (pictured above). William Tell was used, for the next several hundred years, in several pieces of classical art. He was the subject of many famous artists, an allegorical icon during the French Revolution (1790’s), and even made it into a Hungary card game in 1836 (pictured below). For someone not to have been real, he’s had a heavy influence on everyone, so much so that some find it hard to believe that he was not real. So much the case, that  according to a survey taken in 2004, 58% of Swiss polled believed that William Tell existed. [1]

“I followed popular belief by reporting certain details in my Swiss antiquities [published in 1598], but when I examine them closely the whole story seems to me to be pure fable.”

Wilhelm Oechsli, a history professor at the University of Zürich, when commissioned by the Swiss government, in 1891, believed,

“However painful it may be to the Swiss to do without their Tell and their Rütli, in the field of scholarly inquiry the search for truth must prevail over any other consideration. For, as things stand today, there can be no doubt that the old and much-loved notions not only do not correspond with the sources of our national history, but also are frankly contradicted by the available sources… the legend as a whole is indeed a creation of fantasy, particularly in the form in which it was first recorded by Tschudi and subsequently adopted in the influential works of Johannes von Müller and Friedrich Schiller’s Wilhelm Tell.”

While the story of William Tell may not be real, it is important to take the virtue from this story to heart. Just as George Washington–more than likely–did not chop down the cherry tree, the story (parable if you will) still teaches a valuable lesson that should be heeded.