On August 21, 1983, Benigno “Ninoy” Aquino Jr. was assassinated on the tarmac of the Manila International Airport, now called the Ninoy Aquino International Airport. Ninoy Aquino was coming home to the Philippines after 3 years in the United States. The shooting was the starting point of a movement to overthrow the current president, Ferdinand Marcos. The movement ended in the bloodless People Power Revolution 3 years later, when Ferdinand Marcos left for the United States.

Who Was Ninoy Aquino?

Benigno Aquino Jr. came from a landowning, political family in the northern part of the Philippines. Ninoy began his early life as a journalist, the youngest war correspondent at the Korean War. For this, he received the Philippine Legion of Honor Award at 18.

Ninoy never completed a college degree, choosing instead to follow journalism as a career. At 22, he was commissioned by the current Filipino President to negotiate with the Communist Hukbalahap leader. Ninoy won an unconditional surrender from the Hukbalahap leader after 4 months, and received another Philippine Legion of Honor Award.

Ninoy was elected the mayor of Concepción, Tarlac, when he was only 23 years old (1955). In the same year, he married Corazon Cojuangco, the daughter of a landowning and manufacturing family. The combination gave Ninoy two things: a start in his political career, and wealth.

In 1955, 10 years after World War II ended, the Philippines had two characteristics. First, the nation was an American ally (the Cold War was already escalating and the Vietnam War had begun). Second, the nation was part of a number of very newly independent nations in Southeast Asia.

In 1959, at the age of 27, Ninoy Aquino became vice-governor of the province of Tarlac. Two years later, he became governor, the youngest in the Philippines at the time. In six more years (1967), he became a senator of the Republic of the Philippines. In 1968, he became the leader of the Liberal Party, the opposition party of the incumbent president, Ferdinand Marcos.

Who was Ferdinand Marcos?

Ferdinand Marcos became President of the Philippines in 1965, two years before Ninoy Aquino joined national politics as a senator. At this point, the Cold War was an international point of concern. As an American ally, the Philippines maintained a strong stance against Communist groups like the New People’s Army.

However, something else was going on regionally. Two newly independent nations in Southeast Asia, Singapore and South Korea, were experiencing extremely fast economic growth. They were building their industries, increasing export goods, and raising their standard of living at an amazing rate, compared to their region. While both were more or less American allies, especially South Korea, neither of them were democracies.

Ferdinand Marcos won a second term as President in 1969. The next election year was 1973. Since he had finished two terms, Marcos could not run for president again.

In 1972, following a public bombing at Plaza Miranda, Marcos accused the Communist elements of causing the unrest, and declared martial law. With this declaration, he would be in power for 20 years total (until 1986). The presence of the Cold War, his strong stand against Communism, and the success of other nations with non-democratic leadership styles all combined to lessen national or international protests to this decision.

What did Ferdinand Marcos do to Ninoy Aquino?

In 1972, Ninoy Aquino was serving as a senator. As national leader of the Liberal Party in opposition to Marcos, he was generally expected to run for president in 1973. Instead, after Congress was stripped of power with the declaration of martial law, he was arrested with others for being part of the cause of unrest.

In 1973, a military trial was held. Ninoy boycotted his own trial, and staged a hunger strike, possibly drawing on Mahatma Gandhi’s hunger strike that freed India from the British Empire. On the 32nd day, an unconscious Ninoy Aquino was hooked up to an IV, so he conceded defeat and ended the strike. Ninoy was held in prison for 7 more years, with the last 4 years under a death sentence.

Why Did Ninoy Aquino Leave the Philippines?

In 1980, Ninoy Aquino needed heart bypass surgery. The Marcoses arranged for his transportation to Dallas, Texas for the surgery. However, there were conditions. Ninoy Aquino should not speak against Ferdinand Marcos and his presidency while abroad, and he should also return to the Philippines.

Ninoy Aquino’s bypass surgery was successful, and he spent the next 3 years with his family in the United States. He received research grants from both Harvard University and the Massachusetts Institute of Technology. At the same time, Ninoy openly rejected the conditions placed upon him. He traveled through different states, speaking in small gatherings against the Marcos Administration.

Why Did Ninoy Aquino Return to the Philippines?

In 1981, in a politically-motivated gesture, President Ferdinand Marcos lifted martial law. 1981 was the year of Pope John Paul II’s visit, and the year of Ronald Reagan’s election to the United States presidency. While outwardly the situation had improved, politically there was no difference to how much power Marcos held.

However, the Philippines was not in a good place, financially. In 1979, the Iranian Revolution led to reduced oil production and an oil crisis. Oil prices skyrocketed, nations withheld their oil stores for their own use, and oil importers (like the Philippines) spent increasingly more to continue industrializing.

In 1982, the United States floated their interest rates. Mexico and other Latin American nations, who had borrowed heavily from the Federal Reserve, were unable to pay and asked for slower, staggered payments. Creditors became cautious about lending. The Philippines, which had been borrowing heavily for the last 8 years, found itself in a foreign debt crisis by 1983.

Ninoy Aquino, knowing the next parliamentary election was in 1984, decided to return to the Philippines on a fake passport. By his own admission, he knew that going back while the death sentence still held was no guarantee of safety. Some believe he was not returning to run for the presidency, but to appeal for the restoration of pre-martial law rights. Whatever his full plan was, there is only speculation.

On August 21, 1983, Ninoy Aquino stepped off the plane at Manila International Airport and started to cross the tarmac to his transportation. The journalists he had brought with him were told to stay in the plane. He was shot in the head, and the alleged gunman, Rolando Galman, was also shot and found lying beside him. Bright sunlight obscured the hand camera recordings of the journalists on the scene.

Why Was Ninoy Aquino’s Death Important?

Ninoy Aquino’s family allowed his body to lie in state for 9 days, without an attempt to clean it of blood or restructure his skull after the gunshot.

The Marcos Administration denied the allegations, and blamed the Communist elements. The Communists, on the other hand, noticing the anti-government opportunity given to them, did increase their recruitment.

In the 1984 parliamentary election, opposition parties won the majority of seats. President Marcos and his party had lost a large amount of support because of Ninoy Aquino’s assassination. In 1986, President Marcos called for a snap election to legitimize his position as president.

In this election, he went head-to-head with Corazon Aquino, Ninoy Aquino’s widow, who was running for President. While Parliament announced Ferdinand Marcos the winner, the National Movement for Free Elections, an electoral watchdog, showed that Corazon Aquino was clearly in the lead.

The protests against the results in 1986 grew to the hundreds of thousands. They filled the main thoroughfare of Metro Manila, but managed to keep the protests bloodless and peaceful. This became known as the People Power Revolution. Both President Marcos and Corazon Aquino were inaugurated, one in the Presidential palace and one in a Country Club. That same night, President Ferdinand Marcos and his family fled to Hawaii in the United States.

Both August 21 and February 25, the end of the People Power Revolution, are national public holidays for the Philippines.

Who are the Famous Aquinos?

Ninoy Aquino’s wife, Corazon Aquino, became president of the Philippines in 1986. Under her administration, the Philippines’ current Constitution (1987) was created and enforced. It restored and added to the rights of the Filipino citizens.

Ninoy Aquino’s son, Benigno Aquino III, also became president of the Philippines, in 2010. His daughter, Kris Aquino, is one of the most popular television stars in the Philippines until today.

See you on social media! 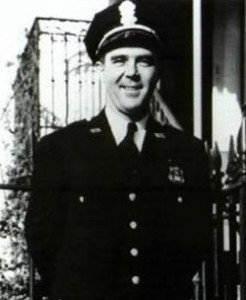