Vietnam was a “hot war” spot of the Cold War, along with areas such as the Korean Peninsula and Afghanistan. The eagle’s eye view of the post-World War II world elegantly divides the conflict into shades of red and blue. On the other hand, historians use the clarity of retrospect and point out that Communism in Vietnam was used as a freedom movement.

However, for Nguyen Thi Loan, now Linda Baer, the Vietnam War was broken glass and blood, death and displacement. Red Blood, Yellow Skin is a compelling book that forces the reader to step into the complicated drama that was a North Vietnamese household at the outbreak of and during the war.

Nguyen Thi Loan and her parents lived in North Vietnam. Her father was killed by the Viet Minh, and her mother remarried and brought her into the house of her stepfather. As the fighting worsened, their family made their way into French-and-American-held South Vietnam. To help her family, Nguyen Thi Loan worked as a maid and later as a bar hostess. She eventually married an American serviceman and is currently living in the United States.

Red Blood, Yellow Skin is what is called a primary source, or a firsthand account of Vietnam during the Vietnam War. A secondary source would be a retelling or analysis of a primary source (or sources). Primary sources are the body of work giving direct insight into historical events.

For students of history, reading primary sources is a whole lot like unwrapping a gift. Details dropped by the authors or speakers are what make the experience real. These details help them to expand their knowledge of history as well. Red Blood, Yellow Skin is no exception to the rule.

Linda Baer inserts simple explanations of the actual international and local politics causing this or that conflict in the book itself. However, the unique keys to her point of view, an insider’s point of view, are embedded in the story-telling. Two such keys are her description of literacy before French colonization, and Catholicism in Vietnam.

In Red Blood, Yellow Skin Linda Baer says, “Before the French takeover in 1883, most Vietnamese could read and write, but by the end of World War II, 80% were illiterate.” In a way surprising, since public education is considered a modern development in many cultures, but wholly true.

Vietnam was a southern vassal of Imperial China, and absorbed certain influences from her. One was the Confucian style of widespread education (as training for possible civil service). The other was the Chinese writing style. The Vietnamese derived their own writing style to match their language and idioms, but kept the Confucian system of education.

Confucian scholars went to as many villages as they could to train the males in literacy and in skills needed for civil service. It was the French colonization that disrupted the system, and the need for the civil service exam.

The schools established by the French were mostly geared towards equipping Vietnamese adults in the colonial government. Since the French language was required for students to advance in the levels, few could. The literacy rate at this time was only at 5%.

In the first chapter of Red Blood, Yellow Skin, Linda Baer describes a church in their small town: “In the center stood a magnificent red brick and grey stucco Catholic church, with a steeple that seemed to climb straight to heaven.” With the present-day restricted status of non-state-organized religions in the Socialist Republic of Vietnam, the many Catholic references were fascinating.

Catholic missionaries were in the area as early as the 1500s, travelling from other East and Southeast Asian nations such as Japan and the Philippines. Besides the Catholic churches set up in many Vietnamese towns, French Jesuit Alexander de Rhodes Romanized the Vietnamese script to facilitate its teaching.

Even more significant in the Vietnam War, but not something that is easily found in histories of the era, is the significance of Catholicism. When Vietnam was temporarily split across the 17th Parallel into North and South, French- and American-backed Prime Minister Ngô Đinh Diệm happened to be Catholic.

Catholics aligned with him (especially during Operation Passage to Freedom), fearing Communist repercussions on their religion. This strengthened the split at the 17th Parallel, and caused conflicts on either side of the border.

The strongest appeal of Red Blood, Yellow Skin is that it is well-written. The writing style conveys to the reader what the author wants to say exactly. For primary sources such as this one, an autobiography, the writing style should convey the author’s emotions rather than a list of facts such as a history book would.

Linda Baer tells her stories from the points of view of her child- and teenage-selves. The reader feels each new pain and joy as the author must have felt it. Baer knew not to spoil the stories with philosophical musings, and let them speak for themselves. This gives the entire book power.

At the same time, the book is not simply a chronological collection of stories. Baer does insert explanations and perspectives on the culture and context of before. She describes the expected obedience of a wife to her husband, and the priority of education given to boys. These details give the reader context with which to understand the story, and better empathize with Nguyen Thi Loan. Combined with the writing style, and historical accuracy, Red Blood, Yellow Skin is a book that is simply impossible to put down.

If you want to purchase this book, you can get a copy here on Amazon.

Cocaine: History Between the Lines 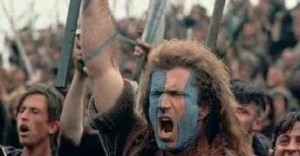 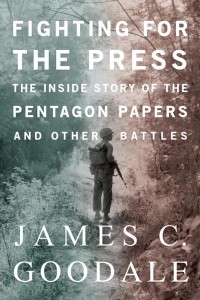 Fighting for the Press–Book Review