You hear all the time that films are getting “darker and grittier.” This is good news for history buffs, as Hollywood doesn’t shy away from showing us the blood and guts of history-but that doesn’t mean they always get it right. Unfortunately the onus of researching a role often falls on the actor, which means historical portrayals are spotty, at best, when it comes to authenticity. While some actors clearly go the extra mile by speaking to family members and spending countless hours researching historical figures online, others are still phoning it in.

Jim Carrey bit off a lot to chew when he was tasked with portraying the iconic Andy Kaufman in the 1999 biopic “Man on the Moon.” Carrey took the challenge to heart, however, and spent countless weeks immersing himself in everything known about the comedian’s life. Not only did he hang out with Kaufman’s best friend so much as to nearly have a restraining order taken out on him, he read every piece of writing ever put on paper by the comedian himself. Some say Carrey literally did not break character 24-hours a day while filming was in progress. 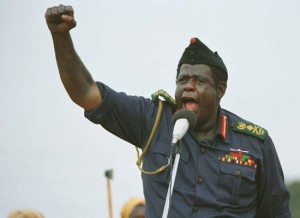 When he was tapped to play Idi Amin, a Ugandan dictator, Whitaker started preparing right away. He actually moved to Uganda to “breathe the politics and the people” and held regular meetings with Amin’s family and friends. He is rumored to have read literally dozens of books on the man and has admitted to the press that he took Swahili lessons leading up to the film to perfect the dictator’s accent.

Adrian Brody won an Academy Award for his portrayal as Wladslaw Szpilman in “The Pianist,” as well he should have. Brody often takes method acting to a new level, but in preparing to play the Holocaust victim, spending 4 hours a day learning to play the piano. He also took the extra step to sell his car and home and move to Europe to immerse himself in the culture. Brody stopped using phones and eventually frittered away to 130-pounds to fully feel what Szpilman felt as he slowly starved. 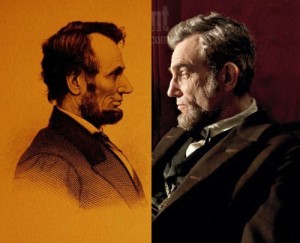 Day Lewis has long been known for his over-the-top method acting, but his role in 2012’s “Lincoln” takes the cake for preparation. Playing President Abraham Lincoln, Day Lewis spent over a year obsessively researching the president’s ticks and personal letters and eschewed any mention of current events while on set. In addition to visiting Lincoln’s childhood home for a guided weekend tour before filming, Day Lewis is said to have not broken character for over three months.

…And here’s a look at two actors who were less than dedicated to “authenticity.”

Well, first and foremost, there was no one named “Molly Brown” on board the Titanic. You’d think Kathy Bates, notorious for researching her roles exhaustively, would have pointed this minor incongruence to director James Cameron. 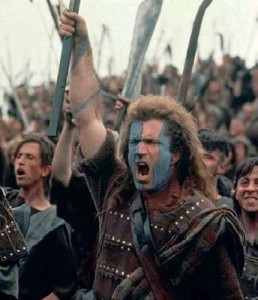 Where to start? There’s no historical evidence that Scots ever painted their faces before battle, as Gibson so often did in the movie. William Wallace, portrayed by Gibson as a poor-Scot-cum-hero was actually born to the aristocracy and a knight by the time he fought in his first battle. And the whole bit about William Wallace maybe fathering the child of the French Queen Isabella? The real William Wallace never had the pleasure of meeting the Queen at all.

Ryan Currie is a Product Manager at Spokeo, a leader in people search and reverse phone lookup services.  In addition to working on Spokeo, he also enjoys history, pop culture, and following the latest new in the movie industry.