A new series was recently started on the site based on the book 1,001 Things Everyone Should Know About American History, by historian John Garraty. As I go through the book, some of the short, factual anecdotes are not enough for me. As I further research them, I share my findings with you. Fact #125: The Radio Priest. 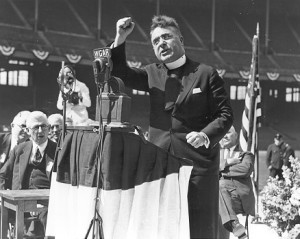 It seems like once a week I see or hear “breaking news” regarding a religious organization in a negative light. An example of this would be when the Westboro Baptist Church announced that they intended to protest Graceland, the home (now museum) of Elvis Presley. They believed that “[Elvis] had a huge platform; gave God no glory and taught sin.” As I write this article, they are currently in a head-to-head showdown with a five-year-old girl as she tries to raise funds for the purpose of “spreading messages of love and peace” with the sale of her ”Pink Lemonade for Peace.” While religion has always been a controversial issue, (what the majority perceives as) the strange or ill-conceived notions of one man—or one congregation—did not alarm and concern the public until the availability of mass media. It was not until one voice had the ability to be heard by millions that the nation began to worry about an individual’s ideology.

Today, religion in the mass media is not uncommon. Any hour of the day, on multiple channels, men and women—such as Joel Osteen—can be seen and heard preaching to the masses; there are entire television networks specifically dedicated to these types of broadcasting. Linus, from the comic strip Peanuts, once stated, “There are three things I have learned never to discuss with people: religion, politics, and the Great Pumpkin.” While the latter probably won’t ever be an issue for anyone, Father Charles Coughlin chose to discuss religion and politics, with millions. (At his height he had over thirty million listeners.)

Charles Coughlin, also known as “The Radio Priest,” was a Roman Catholic priest in Royal Oak, Michigan. In 1926, Coughlin found his new home in a small, twenty-five family parish–the Shrine of the Little Flower. Within one year’s time, the Shrine of the Little Flower would fall victim to a Ku Klux Klan stunt. After the burning of crosses on the parish property, Coughlin started a weekly one-hour radio program. With four years, Coughlin’s weekly radio program was selected by CBS to be nationally broadcast. As the nation started to feel the pressure of the Great Depression, Coughlin’s broadcast focused less on religion and more on politics.

Starting January 1930, Coughlin began to use his radio program, The Hour of Power, to speak out against Communism and Socialism. He blamed greed and “international bankers” for the economic collapse. Everyone listening to the radio program knew that an “international banker” was a non-subtle reference to a Jewish banker. The following is an example of some of the antisemitism that Coughlin spread across the radio waves:

“We have lived to see the day that modern Shylocks have grown fat and wealthy, praised and defied, because they have perpetuated the ancient crime of usury under the modern racket of statesmanship.” 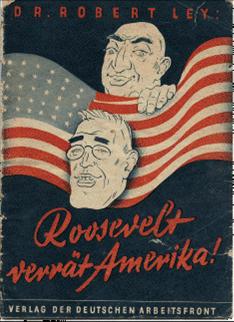 Knowing that the country was in need of new leadership, Coughlin established an alliance with presidential candidate Franklin D. Roosevelt. Coughlin fully supported Roosevelt’s New Deal and believed that it was “Roosevelt or Ruin!” He even went so far as to say that “the New Deal is Christ’s Deal.” In January of 1934, before Congress, Coughlin stated, that “God is directing President Roosevelt.” How quickly that passion and support would fade away. In that same year, Coughlin quit supporting Roosevelt and the New Deal, and founded the National Union for Social Justice. Coughlin believed that Roosevelt had become a “tool of Wall Street” and that he was too interested in pushing a policy of “international socialism.”  By 1935, Coughlin had decided that enough was enough and he decided that he would “[dedicate his] life to fight against the heinous rottenness of modern capitalism…” This, of course, would mean that Coughlin would help start a new political party–the Union Party. The Union Party was a miserable flop; however, it did provide an opportunity to tell his thirty million listeners what he really thought about FDR.

“The great betrayer and liar, Franklin D. Roosevelt, who promised to drive the money changers from the temple, had succeeded [only] in driving the farmers from their homesteads and the citizens from their homes in the cities. . . I ask you to purge the man who claims to be a Democrat, from the Democratic Party, and I mean Franklin Double-Crossing Roosevelt.” 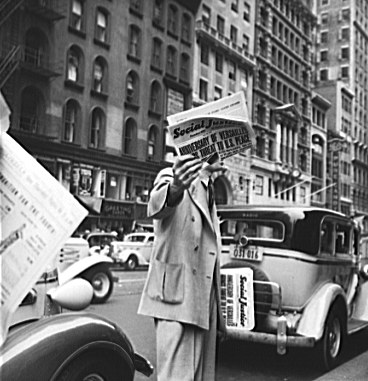 As part of his campaign against Roosevelt, Coughlin began to vocalize his support for the policies of Adolf Hitler and Benito Mussolini. He believed that their Fascist governments were a cure to ridding America of Communism. It was at this time that his antisemitism rose to a palpable level. He publicly blamed Jews for the Russian revolution and, in 1938, he began publishing weekly installments of The Protocols of the Elders of Zion in his magazine Social Justice. (Protocols was a fraudulent, antisemitic text which purports to be an account of a Jewish conspiracy to take over the world.)

However, the two antisemitic acts that topped the rest occurred in 1938. The first of these started with the May 23, 1938, publication of Social Justice. In this issue, Coughlin called for a ”crusade against the anti-Christian forces of the Red Revolution.” With this anti-Semites and Nazi-sympathizers formed together under an organization called the Christian Front. The Christian Front banded together, much like a militia-like organization, and harassed Jews, flooded the streets with antisemitic pamphlets, and held local rallies–most of which was confined to New York City. The final nail in his political career coffin was his response to Kristallnacht. Attached is a fifteen page transcription of Coughlin’s opinion of Kristallnacht. In this radio response, Coughlin blamed the Jews for the millions of Christians killed in Communist Russia, stating that “Jewish persecution only followed after Christians first were persecuted.”

Shortly after this, all the radio networks dropped him and he was unable to continue his radio presence. He still continued to publish Social Justice until 1942. On May 1, 1942, Archbishop Mooney ordered Coughlin to stop all political activities and focus solely on his religious duties. The Radio Priest would be no more.