If you knew that the battle I was referring to was the Battle of Waterloo, I am thoroughly impressed. 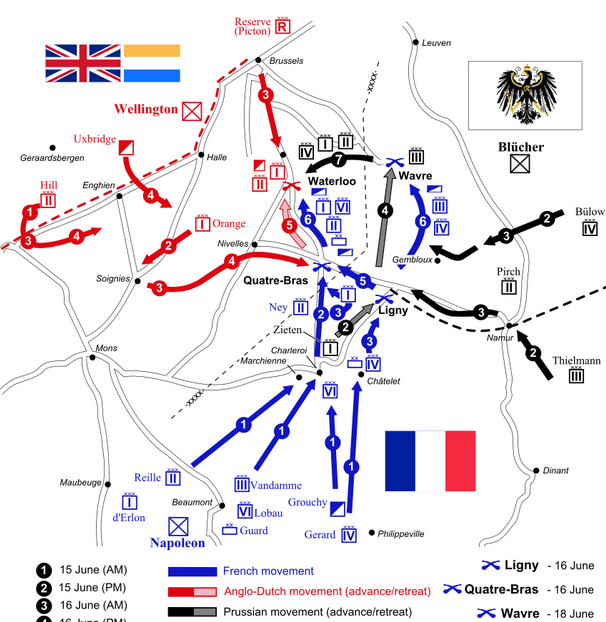 Don’t get me wrong, I’m no dolt; I fully comprehend the need to name events in history. At any moment in time, there are millions of human interactions occurring. Especially in this day, with the current technology available, I perceive the need in the naming of historical events. What I don’t understand is how some events are named so poorly. And I’m not talking about how people in the South who argue that the American Civil War should be called the War of Northern Aggression. A particularly common example of what I am talking about is the naming of monumental battles.

Take the Battle of Waterloo. In this historic battle, Britain’s Duke of Wellington led an army to victory against Napoleon’s forces, in a small valley, several miles south of Waterloo. In Contrary to Popular Belief: More than 250 False Facts Revealed

, the author speculates that “[t]he battle became known as Waterloo possibly because Wellington slept in Waterloo the night before, or because after the victory, he returned to Waterloo to write home with news.” [1] The Battle of Waterloo sounds right because that’s what it has been called for hundreds of years; however, does it matter that the battle never actually happened in Waterloo? And is that the best we can do–speculation and guessing?

“Don’t fire until you see the whites of their eyes!” Such a fitting cry for such an epic battle. This battle, while decisively a loss for Americans in the Revolutionary War, served as a morale booster–a Pyrrhic victory, if you will. I am, of course, referring to the Battle of Bunker Hill. However, as I read about this battle (at Wikipedia), the article starts off explaining that the battle wasn’t at Bunker Hill. The authors of this article, a lengthy 7,500 words, the very first sentence, the introduction to the summary, felt it necessary to explain how the battle really developed at Breed’s Hill.

The Battle of Bunker Hill took place on June 17, 1775, mostly on and around Breed’s Hill, during the Siege of Boston early in the American Revolutionary War. The battle is named after the adjacent Bunker Hill, which was peripherally involved in the battle and was the original objective of both colonial and British troops, and is occasionally referred to as the ‘Battle of Breed’s Hill.’”  [2] 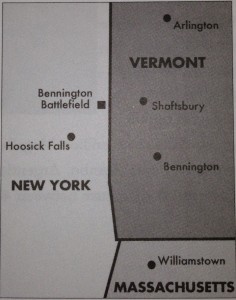 The last battle–that I am going to mention–which was named after a location where combat never materialized was the Battle of Bennington. I think this one is the oddest of all, for two reasons: 1) we actually know why it was named after a city where the battle didn’t occur, and 2) not only did the battle not happen in said city, but not even in the same state. The Battle of Bennington was a battle between General John Stark’s colonial troops and two detachments of German dragoons. The battle took place near Walloomsac, New York, on August 16, 1777. A victory for America, the Battle of Bennington kept the enemy from getting their much-needed supplies and led to a decline in Indian support for Britain. These important supplies were stored in the city of Bennington, Vermont; thus, the Battle of Bennington. Due to America’s success, General John Burgoyne was unable to get the equipment and provisions required, which led to his surrender at Battle of Saratoga.

I know, I am being overdramatic. Who cares where the actual battle took place, right? Why do I care about the naming of historical events? Okay, fine! But allow me to use one of my favorite debating tool. Yes, the informal fallacy to beat all fallacies–the slippery slope! Where is the line between incorrect geography and incorrect events? 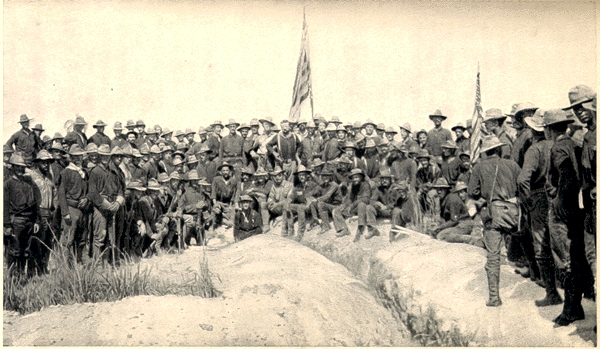 Colonel Roosevelt and his Rough Riders at the top of the hill which they captured, Battle of San Juan.

4 thoughts on “The Naming of Historical Events”