As of early 2010, there were an estimated 120 million electric bicycles in China alone, a stat that dwarfs every other country in the world. Since the early to mid-1990’s, electric bikes have seen immense growth in both global production and sales, but their history actually goes back much further – almost 100 years – to the 1890’s.

Though there is some dispute as to who truly invented the first bicycle, the two-wheeled machines began to make appearances around Europe during the middle of the 19th century. Many inventors had their own ideas, but it took some time before many of the standards we know today were reached. The 1890’s saw an explosion of interest in bicycles, and the era, referred to as the Golden Age of Bicycles, led to even more developments that we know and use today, including the rear ‘freewheel,’ the mechanics that allow a rider to coast without requiring the pedals to move.

It was this increased interest and the improved technology of the time that led to a number of American patents towards the end of the century which combined the ideas of bicycles with that of electric motors. Due to the size and power limitations of present-day batteries, however, motorized bikes became much more popular, eventually segueing into motorcycles.

While some improvements were made to the electric bike over the next 100 years, they never took off commercially. It wasn’t until the 1990’s that a resurgence of interest and redevelopment of previous technologies led to commercially successful electric bikes and, as we see today, a thriving electric bike industry.

Part of the popularity of these e-bikes comes from the fact that they are still considered as bicycles or “power-assisted” bicycles rather than motorcycles, which are more tightly regulated in terms of usage. In most countries, for example, no license is needed to operate electric bicycles under a certain power, whereas motorcycles and some other motorized bicycles require licensing and insurance. 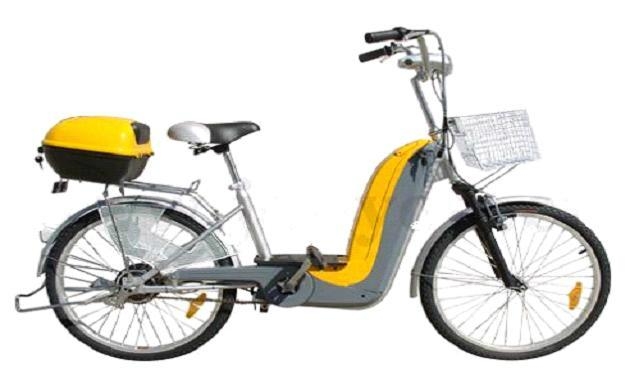 Market researchers believe that the market for electric bikes will continue to grow in the coming years. Though adoption in North America and Europe is slower than in Asia due to the lack of retail channels, there are many local and online stores that are carving out their own place in these markets.

Rich Coffman is a blogger on the front range of Colorado, he writes for Small Planet E Vehicles which specializes in and offers electric bikes for sale.

5 thoughts on “The History of the Electric Bike (Guest Post)”