Technology has allowed for the furtherance of warfare, from the invention of gunpowder to the splitting of the atom, these findings have propelled the leaps of numerous nations in their ability to wage war against each other. Of these discoveries, the splitting of the atom spawned an invention that hurled the world from conventional warfare into the nuclear age. These ideals were the brainstorming of some of the greatest minds in America and abroad. Scientists began to formulate the creation of the atomic bomb, a device that changed the world in ways never imagined before. The birth of the nuclear age gave opportunity to lead from the front in regards to a unique type of warfare. Whereas the number of soldiers on the battlefield often determined the victor, this new technology would render that factor useless. The United States had now taken this knowledge and produced the world’s first atomic bomb. President Harry S. Truman had taken over after the death of President Roosevelt–who was not privileged to the new power America had in her grasp–and how to use this technology in war was now his decision. 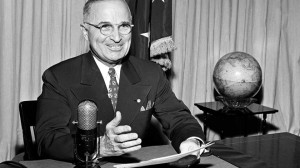 Notwithstanding, the world changed the day the atomic bomb was dropped on Japan, evoking a cataclysmic spiral in the morals and methods of how warfare would be carried out. Those in powerful positions felt they were omnipotent like God; however, in reality, they were as small and insignificant as those they preyed upon. No one will ever be able to go back in time and undo what was done to Hiroshima and Nagasaki. The option not to drop the bomb was made available to the leaders of America and her Allies. Nevertheless, history shows these options were either ignored or not given time to fully develop. This alone shows the citizens of the United States, and the world, what could have been formulated to save Japan from the nuclear horror unleashed that fateful day in 1945.

It has often been asked, “What was behind the dropping of the atomic bomb?” Was it greed with nations being captured, or bringing others under the regime of another? Alternatively, was it a precise move in which the execution was needed to highlight the country which possessed this power? It may never be known why President Truman gave the green light on a technology–one which he was well aware would cause death and devastation far beyond what the world had ever seen on the battlefield. It is well documented that President Truman did not act on a hunch or without advice from many within the both the American government and those who fully understood the capabilities of this weapon. Truman’s inner council was made up of high-level government officials including the Secretary of State, Secretary of War, Asst. Secretary of War, Secretary of the Navy, Admiral William D. Leahy, General George C. Marshall, and all the members of the Joint Chiefs of Staff. With this conglomerate of mentors, Truman sought the truth as well as the consequences with the decision to press ahead with this operation.

In a memorandum to President Truman from Secretary of War Henry Stimson, in an eye-opening statement, said, “Within four months we shall in all probability have completed the most terrible weapon ever known in human history, one bomb which could destroy a whole city.” Did Truman not have a heart, knowing those who would be caught up in the collateral damage of war would be non-combatants? Is it adventitious to think Truman would have entertained other venues of peace with the delivery of such a statement? Not only did Secretary Stimson think the proposed dropping of the bomb was not within the moral arena of thought, others too voiced their opinions on the subject to the President. General Leslie Groves, Secretary of the Army, painted a bleak picture predicting a desolate civilization to Truman in a statement he made: “Atomic energy if controlled by the major peace-loving nations should ensure the peace of the world for decades to come. If misused it can lead our civilization to annihilation.” In Groves’ eyes this new technology, if put in the wrong hands, could spell disaster not only in America, but also in other peaceable countries around the world. (Groves was indeed a visionary of his time.) Even in today’s world, nuclear power has risen to such levels that the world is on constant alert for rogue nations attempting to start World War III, using these same nuclear ideals from the 1930s. Is it possible Truman completely ignored the advice of those men in pursuit of his own personal agenda, or was he formulating a plan that goes even deeper than has yet been brought to surface? 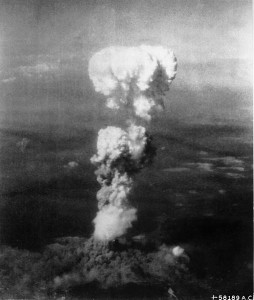 In addition, advice given to Truman not only came from leadership within the American government, but from the scientific community which had an exhaustive understanding of not only the power of the atomic bomb but also what would put and indelible mark on Japan’s history. Arthur H. Compton, a well-known physicist, urged the Secretary of War against the use of the bomb. Compton wrote less than three months before “Little Boy” was dropped from the Enola Gay: “Nevertheless, the importance of the problem considered and the weight of the arguments presented for never permitting the bombs to be used in war, are such that I have considered it wise to bring the memorandum immediately to your attention.” Here again Truman is given the opportunity to reevaluate his decision to drop the bomb. The question now is: “What were his motives?” Truman was given numerous opportunities to look at other options, but it is clear to the world, he went forward with his decision and destroyed two cities within Japan’s borders.

Truman’s decision was not only based on personal beliefs, but was also based on other mentors who felt using a nuclear weapon was the only logical choice. This decision process would bring back to Truman a memory of a country that had crossed the borders of the United States with an unprecedented attack on Pearl Harbor, in December of 1941. America received a devastating blow that day and while Truman was not the President, as Vice President, he was well aware of what America went through, and revenge was on most Americans’ minds.

It is important to point out in Truman’s decision to bomb Japan, that neither he nor his counsel targeted military installations such as Pearl Harbor, but instead two industrial cities, both of which were heavily populated. Was this considered payback for the loss of American sailors and civilians, or was this a process by which to annihilate a nation? It is clear Truman not only wanted to seek revenge on Japan, but he wanted the entire world to know that the United States was capable of doing what was needed to retaliate for a loss on the battlefield, whether at home or abroad. Truman’s act against Japan is comparable to Hitler’s near annihilation of the Jews during the Holocaust, in the fact he took the lives of innocent people who had no way to fight against their aggressor. Many argue to the fact that Truman wanted to end the war to save lives of American soldiers. However, the avenue which Truman had in order to end the war outweighed the number of lives the atomic bomb took.

To counter this argument, Truman was well-informed through highly secretive channels that the Japanese were looking for terms of surrender through a Soviet medium. With “MAGIC,” several memos were tracked and decoded which were transmitted through Japanese and Russian channels of communication. These messages indicated that the emperor was considering terms of surrender but not the “unconditional surrender” that had been announced by Truman as the resolution to ending the war. Truman had announced with the Potsdam Declaration that “unconditional surrender” was the only way in which peace would be resolved between the United States and Japan. With this statement, it seems Truman was sending a message not only to the world and to Japan, but also to Russia, establishing who the super power would be in the 20th century. 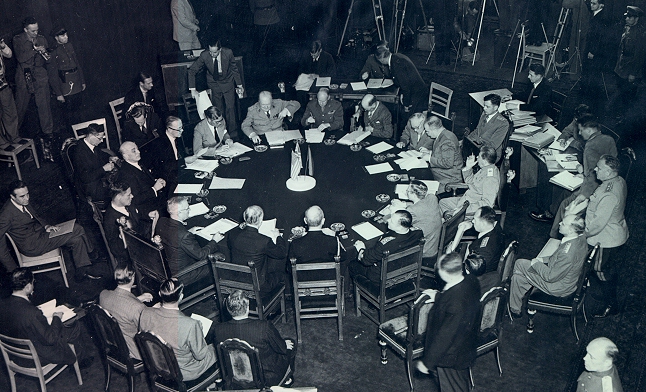 Truman was aware it might take more than just the United States to bring Japan to submission, but with Great Britain reeling from Hitler’s Blitzkrieg, Russia was the one ally the United States had and Truman hesitated to bring them into the picture. Truman remarked to Stimson in several statements indicating his concern of whether or not the Russians were needed to break the will of the Japanese. This was a fight that Truman wanted to deal with in his own way and he wanted to keep Russia out of the loop for as long as possible. The statement Truman made within his personal diary stating, “I shall inform Stalin about it at an opportune time,” is an indicator Truman knew he held a winning hand, but was not certain when it would be the right time and place to show his hand to the world. The execution of keeping the atomic bomb a secret from Russia was a tactical move which enabled Truman to gain the upper hand in the nuclear age and propel the United States in the race to become a “superpower.”

President Truman was decisive and deliberate in his decision to drop the atomic bomb. His decision was to bring Japan to terms of surrender in one fail swoop and ensure both Russia and the world knew who was at the top of the political food chain. Truman’s act was premeditated; there seemed to be no thought of ever pursuing alternate paths to peace. He was well aware of the consequences from the attack on Japan. Truman’s bold move eventually pushed America into the Cold War, but since that time America has remained the superpower Truman had dreamed it would be with the use of this new and improved technology he possessed.

In conclusion, decisions such as this are made at the highest levels within the government, but so many times leaders take this power given to them and use it in ways never intended. It is clear Truman took this power and used it against innocent civilians in an effort to bring Japan to terms of surrender. Whether this decision was right or wrong, the answers may never be clearly defined. These secrets were taken to the graves of those who made the decision and finding the truth is formidable. However, those who pursue the truth will always know there were multiple avenues that could have been pursued by America to bring this evasive foe to its knees.

Arthur B. Compton, Memorandum to the Secretary of War, “Memorandum on ‘Political and Social Problems’ from Members of the ‘Metallurgical Laboratory’, June 12, 1945, University of Chicago,” (Chicago, IL.), Document 16.

10 thoughts on “The Decision to Drop the Atomic Bomb: A Leader’s Triumph or Epic Failure”