In 1690, the British forces established a port and trading post in Calcutta, India. To defend this important commercial empire, mainly from the French, Fort William was established. In 1756, when the Nawab of Bengal, Siraj-ud-daula, found out that the walls of Fort William were being strengthened, he demanded that the British stop their construction and re-fortification. When Britain did not comply, an army was sent to take Fort William. 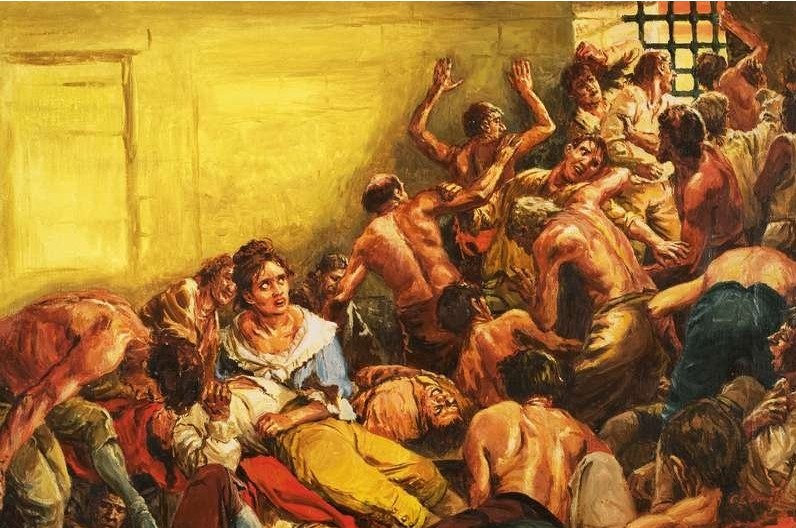 The account of the tragedy to follow, best known as The Black Hole of Calcutta, is based on the account as told by John Zephaniah Holwell. In A Genuine Narrative of the Deplorable Deaths of the English Gentlemen and others who were suffocated in the Black Hole, Holwell describes the abominable and reprehensible manner in which 146 prisoners were treated. After surrendering the fort over to the Nawab of Bengal, the 146 survivors–comprised of British soldiers, Angle-Indian soldiers, and civilians–were crammed into a small prison cell (one with arguable dimensions). As the cell was demolished hundreds of years ago, we will never know the real size; however, estimates range from 18 x 14, to 22 x 14. The majority of the prisoners inside would die overnight due to crushing, suffocation, and heat exhaustion.

In fact, there is much we don’t know about what occurred in The Black Hole of Calcutta. There are those that believe it impossible that 146 prisoners were placed in The Black Hole of Calcutta. While the research, controversy, and impossibilities of debatable historical events are intriguing and thought-provoking, sometimes the urge to know the truth trumps the intrigue. Unfortunately, as no other accounts were recorded, intrigue will have to do; for all we have to go by is what Holwell says.

Holwell tells of a horrific account, one in which those who fell down “were instantly trod to death by their fellows” and those bodies which died standing were “unable to fall by the throng and equal pressure all around.” There were so many people, that those who died were left standing because the bodies literally could not move to fall. Based on Holwell’s account, 123 out of the 146 perished overnight; of those who died, Holwell was able to identify 69 of them. 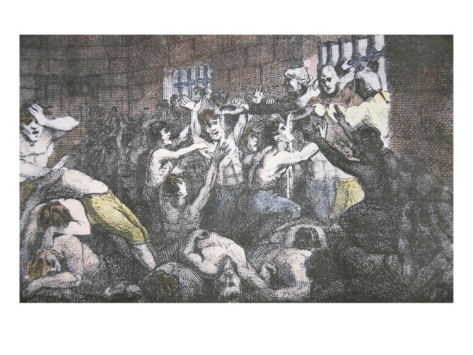 There are some that say Holwell is a liar. There are several documented episodes where Holwell was caught fabricated events earlier in his career–could it be that this is another case of exaggeration? There are also those that believe that it was propaganda. As a result of this event, the British army, under the direction of Robert Clive, came in full force to overthrow the Nawab of Bengal, in the Battle of Plassey. Could it be that this story was conjured up to support the need for retaliation?

While I cannot debunk any of the aforementioned questions about the prison cell dimensions, the number of people crammed into these cells, or whether or not Holwell made it all up, I can shed light on one aspect–the name.

The most common definition for the term black hole is: “a region of space having a gravitational field so intense that no matter or radiation can escape.” If you think about it, black hole is the perfect allegorical term to properly describe the prison. However, a fact that most people are unaware of is that The Black Hole of Calcutta is not an symbolic name given to the event by the outraged public. During this time period, “black hole” was the official term used to title an English-controlled military prison. Also, before penal reform in the mid to late-eighteen century, all prison were dungeons. Whereas the term “black hole” seems almost poetic or purposeful, the prison itself was no more different that any prison of that time period. Moreover, if the event had occurred on an American Naval ship (named Calcutta), the event would have been called “The Brig of Calcutta.”

2 thoughts on “The Black Hole of Calcutta”