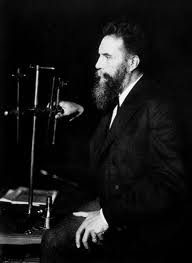 When German physicist Wilhelm Roentgen first discovered the X-ray in 1895, he probably didn’t know his discovery would eventually change the face of medicine forever.

Doctors and patients alike take radiation therapy (or radiotherapy) for granted in the modern era, but prior to its discovery, the primary means of cancer treatment was painful and risky surgery, which often took place without anesthesia. As far back as the second century AD, the Roman doctor Galen made records of “incurable” cancerous growths that would return even after a successful surgery, and many medical practitioners of the ancient era simply declared cancer an incurable disease.

However, when Wilhelm Roentgen discovered X-rays while experimenting with electricity, everything began to change. Roentgen discovered that these newly discovered “energy rays” could see through human flesh to the bone. He published a technical paper on his findings, which quickly spread through the medical community. The implications were clear and precedent-setting, and Roentgen eventually earned the Nobel Prize in Physics for his discovery in 1901 — the first such award to be given. 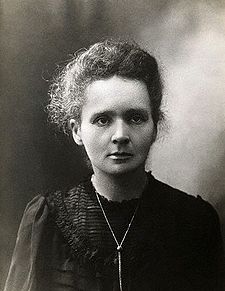 Soon after, Marie Sklodowska — better known to history as Marie Curie — isolated polonium, the radioactive element that emits a particular kind of x-ray called gamma rays. Curie went on to uncover the properties of radium, eventually earning two Nobel Prizes for her work in the field. Today Curie is a more familiar name than Roentgen, and her legacy lives on in modern radiotherapy.

The discoveries of Roentgen and Curie would open the door for the first diagnostic X-rays in 1896, reducing the need for dangerous exploratory surgery to spot cancerous lesions and other medical symptoms. The first radiation treatment of cancer took place under the supervision of a medical student named Emil Grubbe, who became the world’s first radiation oncologist when he used x-rays to irradiate a patient with breast cancer.

By the time the nineteenth century drew to a close, radiation therapy was gaining ground in the United States and Europe. Claude Regaud, a Paris professor, revolutionized the burgeoning treatment when he experimented with slower radiation doses over several weeks, instead of the standard practices of a few larger radiation doses given in limited numbers. This method, called fractionation, is still used by oncologists to this day.

In the 1960s, many European radiotherapists and oncologists began to emigrate to the United States, making the U.S. the newfound center of radiation therapy. Where early x-ray machines had been primitive and limited in scope, new high-energy treatment machines called linear accelerators could penetrate much deeper into body tissues, reaching tumors that were previously impenetrable without causing too much damage to the skin. Linear accelerators became a popular and successful component of radiotherapy worldwide.

In the 1980s, the digital revolution brought new refinements to radiotherapy. Computer tomography allowed for more accurate delivery of x-rays and reduced damage to the surrounding tissues. Another technological development, known as Intensity Modulated Radiation Therapy (IMRT), further refined the process by allowing a computer to target a radiation dose to a patient’s body in three dimensions, further reducing tissue damage and making for fewer side effects. IMRT is now standard practice in the majority of all radiotherapy cases. 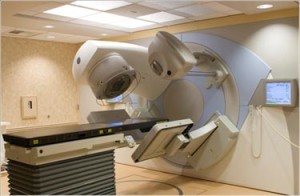 Today, radiotherapy continues to see new developments. Image-Guided Radiation Therapy, or IGRT, can produce high-quality scans of a patient’s body on the treatment table, meaning that doctors can get an up-to-date image of the patient just prior to treatment, instead of weeks or possibly months before. This means more accurate results and better survivability for the patient. Doctors and researchers continue to push the boundaries of cancer treatment, looking for new and effective means of curing – and eventually eradicating – the disease.

Thanks to Cancer Research UK for providing this post. Visit the site for more resources about breast cancer.