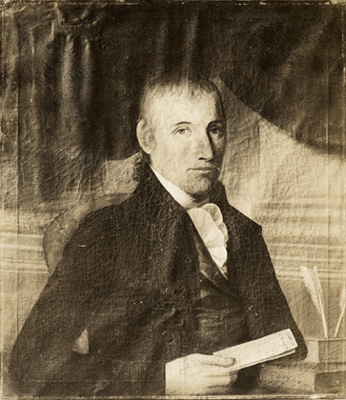 Yesterday (Independence Day), Americans were engrossed in patriotism (and, of course, fireworks, barbecues, and beer). As I logged onto Facebook last night, to look over my friends’ post about how they “are proud to be an American” and how “spending time with family and shooting off fireworks was awesome,” I was saddened that there was little mention of American history–no thanks to Founding Fathers, no mention of freedoms from tyranny and oppression, and certainly no remembrance of those whom sacrificed it all for said freedoms. The fireworks are over, everyone is back at work, and the patriotic feeling has subsided. The word patriot is thrown around a lot on Independence Day; however, I believe that another word should be used during this reflective period–martyr. The men and women that became martyrs are those that made America’s independence possible. While the original origin of martyr was religious, in context, it has now come to mean anyone who suffers for their cause. That being said, I want to take a moment to honor Nathan Hale.

Nathan Hale, most commonly known as the man who uttered “I only regret that I have but one life to live for my country,” was not only a patriot, but a martyr. A young man, only at the age of twenty, enrolled in a Connecticut militia, in 1775. On September 8, 1776, George Washington sought out a volunteer to go behind enemy lines and gather intelligence. Nathan Hale, now twenty-one, was the only man who volunteered. It is thought that Hale had yet to fight in battle–and feeling the urge to do more for his country–he felt it prudent to do what he could for his country. Washington and Hale’s plans went awry–as plans tend to do–and Hale was left behind enemy lines as Washington and his troops retreated.

Within days of Washington’s retreat, Nathan Hale was identified, captured, and hanged as an illegal combatant. Multiple eyewitness accounts claim that Hale comported himself eloquently during his hanging. Frederick MacKensie, a British officer, wrote that “[h]e behaved with great composure and resolution…” I cannot imagine that I would ever be able to keep my cool if I was to be hanged, especially at twenty-one years old. 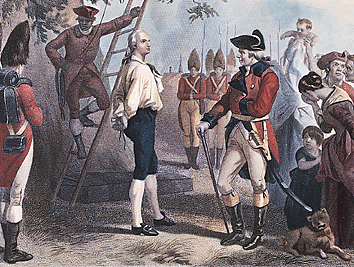 There are those that believe that ”I only regret that I have but one life to five for my country” may not have been what Nathan Hale said before his demise. While there are several possible revisions, the fact remains that Nathan Hale was not only a patriot, but a martyr. With dignity and, in every sense of the word, patriotism, Nathan Hale was hanged on September 22, 1776.

Nathan Hale has always served as an American hero; in fact, through the years Hale has served as a symbol…an inspiration. In a dedication ceremony, in 1893, Edward Everett Hale, the great-nephew of Nathan Hale, stated, “And because that boy said those words, and because he died, thousands of other young men have given their lives to his country.”

The last thing I was to do is portray Hale as a propaganda tool; however, aren’t all martyrs? All martyrs gave their lives to further their cause, making the world you live in a better place. It can make you feel small; it makes you want to do more. I hope to never be in a situation like Nathan Hale, but it make me wonder: “Would I represent America in a way that Nathan Hale did?“