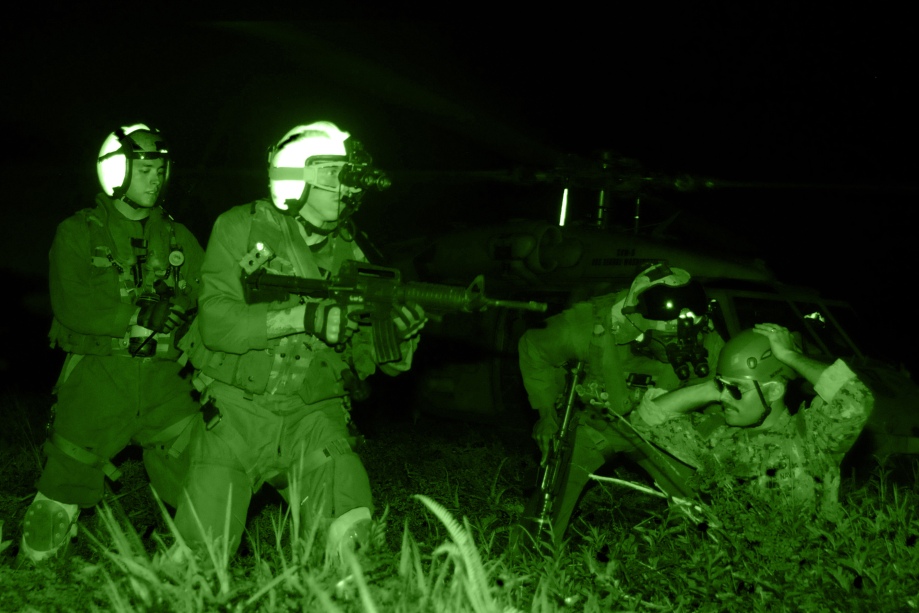 Throughout periods of war, World War II, the Korean War, the Vietnam War, the Gulf War, and the ongoing War on Terror, there have always been impressive technological advancements. Designed with combat superiority in mind, the US is at the forefront of those advancements, constantly equipping its various forces with weapons and gear designed specifically to give them the advantage over the enemy. While many of them are notable, night vision is one of the more interesting pieces of technology that not only has proven extremely useful and advantageous, but is becoming increasingly more advanced over time.

Tacticians and battlefield generals are always looking to give their troops a way to crush the enemy. Using the cover of darkness during the nighttime hours could give them that advantage, and through the centuries they made various attempts to use it. The problem is, it’s incredibly dangerous. Navigation is difficult and traditional means of illumination, such as fire, easily ruin much of that advantage by giving away positions and alerting the enemy to oncoming attacks. It wasn’t until World War II that nighttime combat could truly become a precise tool of war. While night vision technology during this period was rudimentary, it quickly proved itself and showed tacticians it was something that needed to be further exploited and developed.

Although the first practical night vision device was created by Dr. Vladimir K. Zworykin, who was working for the Radio Corporation of America (RCA), in America, his invention was intended for civilian use. The country that took advantage of this technology, with intentions of use on the battlefield, was Germany. They put considerable effort into research and development of infrared systems for their tanks and scopes for soldiers. The first night vision devices intentionally created for warfare were developed by Allgemeine Elektricitäts-Gesellschaft (AEG), in 1935. For soldiers, the units were bulky, consisting of a gun-mounted “dish” or spot light above the scope and a large, heavy battery packs work over the shoulders. The dish emitted infrared light, rather than visible light, allowing the user to see a very limited distance in low light conditions. Similar, larger units were mounted on Panther tanks as well.

It isn’t clear exactly how many of these made it to the battlefield, but they weren’t used by German soldiers in any large, discernible number in combat situations. Plus, they didn’t appear until later in the war, so any tactical advantage they might have given the Germans was likely very small in the overall scope of the fighting, though increased lethality, especially at night, was apparent. Not only was the use of the infrared systems useful from a tactical standpoint, but a psychological standpoint, as well. When your enemy knows you can effectively kill in the dark, that is something to fear.

On the other side of the globe, the US began to equip some of its troops in the Pacific Theater with night vision tech. This night vision was very similar to the German infrared scopes and included their shortfalls, such as excessive weight and limited effective range. Regardless, the Americans put them to the test and racked up a considerable number of Japanese casualties, proving their usefulness. Once the war ended, American powers that be were determined to advance the technology to ensure their superiority in the art of war, in the light and in cover of darkness.

Craig Pearson is an avid hunter, outdoorsman, and adventurist. His main passions are hog hunting in Texas and writing about his many adventures. He currently blogs for Night Vision 4 Less, a supplier of high quality night vision equipment.