When one hears the word “groom,” the typical thought is that of a bridegroom. To be a bridegroom is an honor–a privilege. However, the real definition of a groom is not quite so pleasant. In fact, most of the definitions for the word groom just plain stink, literally. The #1 definition of groom on The Free Dictionary is “a person employed to take care of horses or a stable.”

I took equestrian lessons back in the day. I can tell you first hand, the smell of a horse stable is an acquired one. 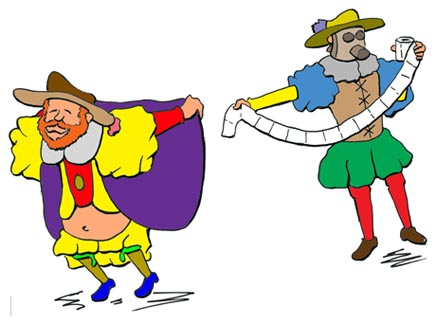 However, a job that would smell worse, and in keeping with the theme of groom, would be the Groom of the Stool.

The Groom of the Stool

I know what you are thinking, “No way that means what I think it does!” Unfortunately, it does…

The Groom of the Stool is just how it sounds.The man who held this position literally ensured that there were proper facilities for the monarch’s defecation, and assisted in washing thereafter. By today’s standards, this would be the most humiliating job available; however, due to the intimacy of the job’s duties and responsibilities, the Groom of the Stool became a trusted adviser and privy to all sorts of private information. Over the decades, the Groom of the Stool’s position evolved into one of great political influence. Several of those that served under Henry VII and Henry VIII became knighted and oversaw national fiscal policy.

Needless to say, once Elizabeth I started her matriarchal reign of the English monarchy, there was no need for a Groom of the Stool. The position was replaced with that of First Lady of the Bedchamber.

While this job sounds detestable, anyone who has seen the Tudors is familiar with what I would–without a doubt–describe as the most degrading job–ever! I dare not post it here; however, there is a popular scene where King Henry VIII, umm, lets off some steam…in a self-pleasuring way (link was removed). It doesn’t show anything, but you get a good idea about what’s going on. I will go so far as to say this: if my sole responsibility was cleaning up after someone (for lack of a better word) masturbated, I would not look forward to waking up every day for work.

Between those two jobs, I have found a new respect (and appreciation) for my job.

1 thought on “Groom of the Stool”