As a young man in Vienna, before World War I, Hitler had lived as a virtual down and out, following the squandering of his late father’s inheritance. He had dreams of greatness as an artist, but lacked the talent to realize them; he also obsessed about architecture and it would be this obsession that would later be fueled by Albert Speer, the Fuhrer’s wartime armaments minister. 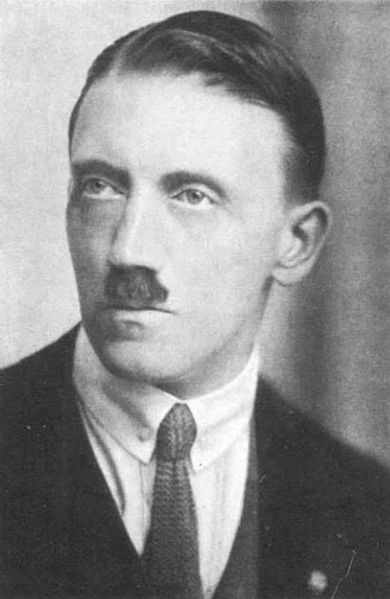 Hitler had always loathed Berlin, he saw it as a physical manifestation of a malaise that existed in Germany, it had grown–in his eyes–in a disorderly, chaotic and piecemeal fashion. The reason for this was its cosmopolitan nature, by which, of course, he meant the influence of Jews.

He thought the Berlin of the 1920’s and 1930’s was decadent and corrupt (one only needs to read the novels and diaries of Christopher Isherwood or Walter Benjamin to get a taste of the vibrant, exciting and seductive nature of the times – or watch the film Cabaret) and he loathed the hedonism and fun it offered. For Hitler, who’s thoughts were always focused on the needs of the greater racial community, not those of the individual, Berlin represented something that needed to be completely eliminated in Germany.

He set about this task by creating plans for his dream future city Germania, an impossibly vast super city built around classical Roman architecture, feature a vast Great Hall of the People that if built would have been the single largest structure in human history.

The project, titled Welthauptstadt Germania or ‘World Capital Germania,’ was planned to be built after a German victory in World War II, and Hitler was therefore not too concerned about the Allied bombing of Berlin, believing that the war had a powerful ‘cleansing’ quality and that the old was being replaced by the new.

Hitler would visit the scale model of Germania that Speer made for him, he kept it with him in his bunker near the Reich Chancellery in Berlin, weeks before the arrival of the Red Army. 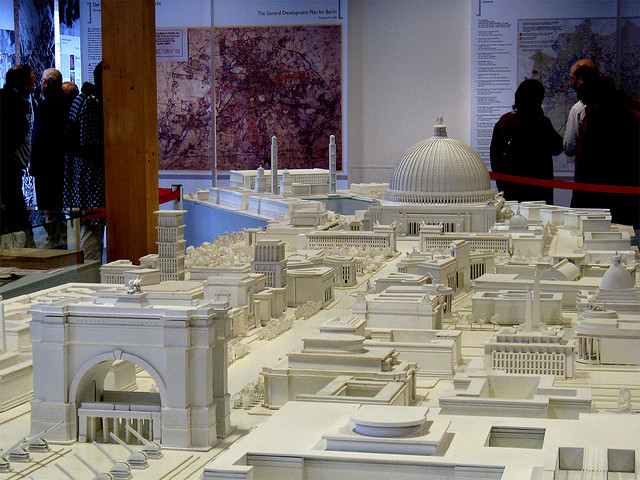 As Hitler retreated from reality bit by bit, the dreams of the future that would now never be took over and he would re-arrange features of this model, imagining himself some kind of god, re-ordering an imaginary world, just as he had tried to re-order the real one.

For more on Germany and 20th Century German History, get my free six part study course at explaininghistory.com – just sign up for the weekly newsletter and get announcements about new ebooks, podcasts, video and more.