For Christmas this past year I was gifted History Channel’s The Greatest Stories Never Told: 100 Tales from History to Astonish, Bewilder, and Stupefy

, by Rick Beyer. It was in a pile of fifteen (or so) books which I have received over the last few months–all of which I have yet to read. Trying to decide which book to read next, I picked each one of them up and thumbed through them. As I was scanning through each book, waiting for the right thing to catch my eye, I ran across a short story entitled “From Sin to Grace.” Raised in a religious household, I am no stranger to sin or grace.

I’d venture to say that one of the most prominent examples of ‘from sin to grace’ would be that of Paul the Apostle. I won’t get overly religious on you, but if you are not familiar with his story, here is a synopsis. Saul (not a typo), was a Jew and a Roman citizen. More importantly to this story, he persecuted Christians. He was present in the stoning of Stephen (the first martyr of Christianity), after which “Saul began to destroy the church. Going from house to house, he dragged off both men and women and put them in prison.” [1] After this Saul traveled to Demascus to further persecute Christians and on the way he had an encounter with Jesus and he converted to Christianity–part of this experience included the changing of his name to Paul. 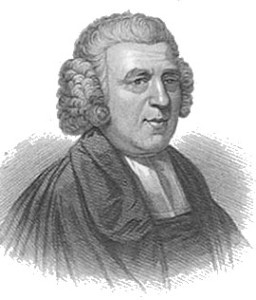 The story in this book, however, is the story of John Newton. John Newton was a slave-trader and at one point became the captain of his own slave ship. On May 10, 1748, the ship befell a storm and John Newton began to pray. Newton was not a religious man, but during the storm he begged that “God have mercy” on him. [2] Once the storm subsided, John Newton promised to devote himself to God.

Amazing Grace, how sweet the sound,

I once was lost, but now am found,

Was blind, but now I see.

Surely you recognize these lyrics. These lines are the beginning of the first verse of the well-known, church hymn Amazing Grace (originally titled Faith’s Review and Expectation). Having turned his life to God, John Newton wrote this hymn as part of his spiritual journey. While he is best known for writing one of the most common spiritual songs in history, he was instrumental in abolishing slavery in Britain.

You read that correctly, this is the classic story of slave-trader turned abolitionist. This near-death experience turned a non-religious, slave-trading tycoon into a religious poet and noteworthy adversary to slavery. In 1778, Newton published a pamphlet, Thoughts Upon the Slave Trade, which described the grisly conditions of slave ships. He also used this opportunity to confess and wholeheartedly apologize for his part in the slave trade business. John Newton worked side-by-side with William Wilberforce to pass and promote the Slave Trade Act of 1807. This act, which passed only months before Newton’s death, did not abolish slavery itself but did abolish slave trade in the British Empire. This act would be a stepping stone to completely abolishing slavery, an end result which would happen in 1833. 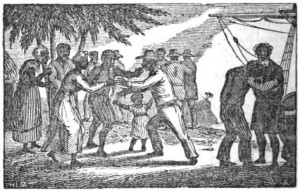 A Depiction of Liberated Slaves Arriving in Sierra Leone

In 1808, as part of the enactment of the Salve Trade Act of 1807, Britain liberated thousands of enslaved Africans into Sierra Leone. It would come to no surprise that a city would arise bearing his name. To this day, Newton, Sierra Leone, is supported–both religiously and philanthropically–by John Newton’s church of Olney.