All the history blogs and websites have spent the last few days summarizing and acknowledging the Invasion of Normandy. This event, most commonly referred to as D-Day, is among the deadliest for Americans in World War II history. This battle led to a decisive victory for the Allies, however, a battle this significant did not just spontaneously occur–it took preparation and practice. Exercise Tiger was the “practice” portion of preparation and practice. Some historians believe that without this exercise “the liberation of Normandy, France and Europe might have been a more protracted and bloody process.” That being said, it is important that Exercise Tiger not continue to appear near the top of the forgotten history list–sacrifices were made that need to be acknowledged!

Exercise Tiger was a portion of a tactical rehearsal for the Invasion of Normandy. During this practice run communication problems resulted in hundreds of American deaths. Two unfortunate mishaps would claim the lives of 946 American servicemen. The majority of the blame for the hush-hush secrecy–and the reason this event isn’t well know–is because of the importance of the impending invasion; however, such an embarrassment is not one the government was eager to publicize. This eight day exercise would involve nine large tank landing ships and thirty-thousand troops. As part of this dress rehearsal, General Dwight D. Eisenhower believed that the troops needed to experience the reality of live-ammunition firing, so real ammunition was used during the beginning of the exercise. While in theory this was an excellent idea, this strategic decision led to friendly fire and the unnecessary death of American soldiers. Due to a breakdown in communication, the ship firing live ammunition and the troops being deployed were not on the same time schedule. Unfortunately this live ammunition was bombarding the area where the men had just arrived. 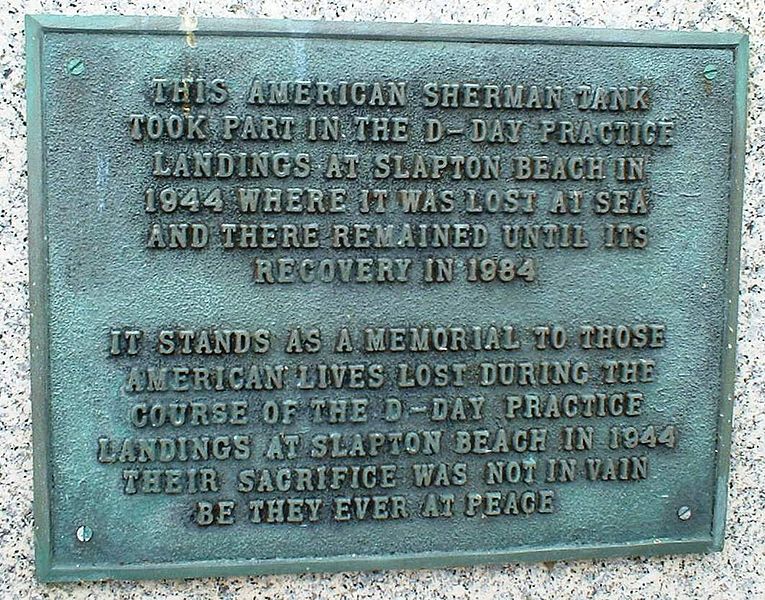 As if communication problems had not created enough of a problem, the following day, radio transmissions caught the attention of a fleet of German E-boats. These boats did what German boats did best–attack. Talk about kicking a guy while he’s down. On April 28, nine German E-boats attacked the American ships (as well as its British Navy escort). Germany’s attack on these ships was very successful, completely destroying two LSTs (Landing Ship, Tank) and greatly damaging two more. Steve Sadlon, a radio operator aboard one of the hit vessels recalls this chilling account:

“It was an inferno…the fire was circling the ship. It was terrible. Guys were burning to death and screaming. Even to this day I remember it. Every time I go to bed, it pops into my head. I can’t forget it…guys were grabbing hold of us and we had to fight them off,” he recalled. “Guys were screaming, ‘Help, help, help’ and then you wouldn’t hear their voices anymore.” [1]

While the aftermath of Exercise Tiger was tragic, it did provide an opportunity for improvement, improvement that proved useful for the real Invasion of Normandy. Exercise Tiger led to standardized radio communication and better life vest training. I highly recommend reading the news article used as citation below; this article covers the good that came out of the German’s E-boat attack.

[1] The disaster that may have saved D-Day