With the posting of this article, the funeral services for Glenn Schoenmann have commenced. Before you go any further, take a moment and be grateful for the men and women that have and will continue to protect our great nation.

Army Pfc. Glenn S. Schoenmann, prisoner of war held captive during the Korean War, will receive a proper burial today. Glenn Schoenmann will be buried with full military honors at the Brown’s Chapel Cemetery, in Palmer, Tennessee, in the same cemetery with his mother and father. Across the entire state of Tennessee, Governor Bill Haslam has ordered that flags be lowered to half-staff in honor of Private First Class Glenn Schoenmann.

The Schoenmann family has waited 62 years to give Glenn a proper burial, and we join them in remembering his service and sacrifice… As a state we mourn the loss of PFC Schoenmann, but we are grateful for his return to his home and family. – Governor Bill Haslam

Glenn Schoenmann, of the 3rd Battalion, 31st Infantry Regiment, 7th Infantry Division in the United States Army, fought in the Battle of Chosin Reservior, in North Korea, where he was injured by a sniper, on November 28, 1950. He was captured by the Chinese People’s Volunteer Forces and held for a month before he died of malnutrition and lack of medical care. 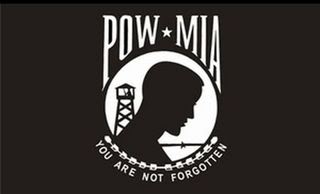 Between the years of 1991 and 1994, North Korea returned 208 boxes of remains to the United States. It is believed that these boxes hold the remains of 200-400 United States service members. With years of work from the Department of Defense POW / Missing Personnel Office and the Armed Forced DNA Identification Laboratory, Glenn Schoenmann’s remains were identified as one of them service members.

Even with the 208 boxes of remains returned from 1991-1994 and taking into account the soldiers from Operation Big Switch, there are still more than 7,900 Americans unaccounted for from the Korean War. Here is the most recent list of Defense Prisoner of War/Missing Personnel Office missing from the Korean War. (Last updated Jan 10, 2013; the total count is 7,934.)

Tennessee Department of Veterans Affairs Commissioner Many-Bears Grinder reminds us of how important it is to recover the additional 7,934 missing.

PFC Schoenmann’s courage and bravery to serve his country will be recognized and remembered by his fellow Tennesseans,” Grinder said.  “The closure for the Schoenmann family is continued proof we should never give up until all of our missing in action and prisoner of war service members have been brought home. – TDVA Commissioner Many-Bears Grinder