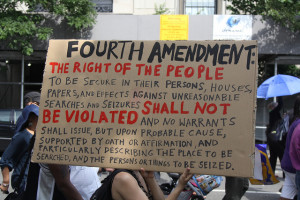 Some of you may remember that a month or so ago I posed the following question: “Which Amendment from the Bill of Rights is worthy of a paper?”  I received an overwhelming number of responses left on the post, Facebook, and LinkedIn. After looking into each suggestion (I appreciated them all), I went with the Fourth Amendment. I started writing about how “Home is where the heart is” and that our home is our sanctuary and a place where we should feel the safest–a place where the individual should expect the largest amount of privacy. However, after I did a little more research, I realized that there is no longer any privacy in the home. I was shocked at how the Fourth Amendment, specifically in regards to unreasonable searches, had become neglected; therefore, I took it upon myself to find how the Fourth Amendment had become the watered-down version it is today.

Below is the first paragraph from my finished paper. If you want to read about the history of the Fourth Amendment and how it has become diluted check out my entire paper here —> Are Technological Advances Impeding our Fourth Amendment Rights? ( <— Link to PDF version of paper.) This paper is roughly 3,500 words (10 pages, double spaced) and covers the contributing case law and history behind the Fourth Amendment, the first Supreme Court cases that triggered the downward, slippery slope, Supreme Court Justices’ dissenting opinions that forewarned Americans of the intrusions of privacy due to technology, and an example of current legislation that the government is attempting to pass that will further circumnavigate our Fourth Amendment rights. 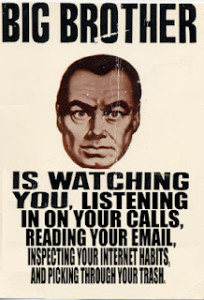 While the right to privacy is not concretely established in the Constitution, the “right of the people to be secure in their persons, houses, papers, and effects, against unreasonable searches and seizures” is (Dershowitz 32). The problem, however, is that there are technological advancements and inventions that were never anticipated by the Framers of the Constitution—Global Positioning Systems, cell phones, and email. These are just a few of the technological advances, invented centuries after the penning of the United States Constitution, which have allowed the criminal justice system to circumnavigate our Fourth Amendment rights. The Fourth Amendment, specifically in regards to the privacy and security in one’s home, should be fervently protected against the ever-slowing responsivity of the United States Supreme Court. Due to these unforeseen technological advances, the current judicial jurisprudence of the Fourth Amendment is in stark contrast with the original Founding Fathers’ ideology in regards to protection of privacy, especially in one’s own home.

2 thoughts on “Are Technological Advances Impeding our Fourth Amendment Rights?”