We often think of bedrooms as mundane places, however, many famous, historical scandals started or ended in the bedroom–most of them didn’t involve sleeping! Celebrities, political, and government scandals prove that regardless of their standing, people are vulnerable and can be self-indulgent. Throughout history, some bedroom scandals have had long-lasting implications which can affect families, friends, or possibly an entire country.That being said, most just provide juicy conversations, rumors, and speculation.

No particular group is immune to scandalous behavior and it’s been this way for centuries. While intimate details aren’t always provided in the telling, at times, the fact that it happened at all is what makes the story shocking. Kick back and relax while purveying the following historical scandals that started or ended in the bedroom.

1) The Secret Service in Columbia

The Colombian hooker and Secret Service scandal erupted after a G-man refused to pay a call girl the agreed upon amount. She called the local police which led to a wide-spread investigation. The fact that the agent had left his files open where she could have access to supposedly confidential information compounded the case, which ended with several agents being dismissed and more rules for service 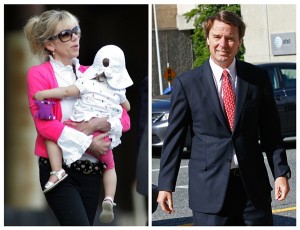 A complicated web began in 2006, when John Edwards hired Rielle Hunter to create web-based stories surrounding his campaign. Two years prior to this, his wife had been diagnosed with breast cancer which was treated and went into remission. An affair developed (before or after) between Edwards and Hunter, which culminated in the birth of a child in 2008. Edwards went to great lengths to conceal his affair as he sought elected office, paying a former staff member to claim to be the father, and delivering the payments through an intermediary to make them difficult to track. Tabloids caught wind of the affair and printed stories regarding Edwards’ visits to his new child. In the meantime, Elizabeth Edwards’ cancer returned and she recognized the affair and stated she would stand by her husband. She passed away in 2010 during which time her husband was being charged with felony charges on 6 total counts regarding campaign contributions, conspiracy and false statements.

No historical scandal list is complete without a look at the White House under Bill Clinton. There were a variety of allegations, but the following tend to stand out. Monica Lewinsky had confided to a friend regarding her relationship with the President, and was able to provide DNA samples proving what she said, although she had not actually instigated a case and was not happy about her ex-friend blowing the lid. While the most famous incident involved the Oval Office, there were certainly some bedrooms involved, too.

A historic scandal that ended in the bedroom was when President Clinton allowed donors of the Democratic National Convention, who gave at least $150,000, to sleep in the Lincoln Bedroom at the White House. This caused quite a kerfuffle from other party, but George W. Bush kept the tradition alive when he was office by allowing donors to stay in the room as well.

Berlusconi has riveted the world as news surrounding his indiscretions continues to surface. Prostitution, teenage models, asking his wife to apologize and finally divorce are some of the most notable scandals surrounding the Italian leader. Added to the mix is the fact that he defended Vladimar Putin during his own sex scandal, which makes you ask, “Do birds of a feather actually flock together?” 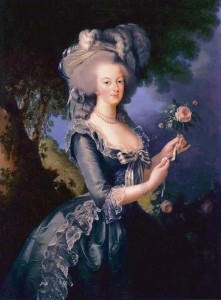 The famed story of France’s Marie Antoinette focuses on her and Louis XVI’s lack of action the bedroom department. It was widely rumored that marriage remained unconsummated for several years, with blame largely placed on a medical condition suffered by Louis. I guess we can safely say that there’s not a lot of memory on top of their bed, pun intended if you’re familiar with memory foams. The public’s speculation and their lack of an heir caused big scandals for the leader, and made him look weak.

General David Petraeus has been front and center this past year as details emerged regarding his affair with a biographer. In addition to causing the downfall of the CIA’s director and one of the most respected military men of our time, it also included convoluted claims of cyberstalking by a Miami socialite and the resignation of General John Allen. While the details on this scandal are few, more are sure to come in the future.

Pamela Anderson, Kim Kardashian and dozens of other celebrities have had videos or photos leaked by the press, exes or someone else who has accessed them. While some are intentional ploys at fame, others caused big scandals for their stars. The latest celebrities embroiled in the scandals are Hulk Hogan and Justin Bieber. While Hogan’s is fairly run of the mill, Bieber’s appears to have been a celebrity stunt, making it all the more scandalous. 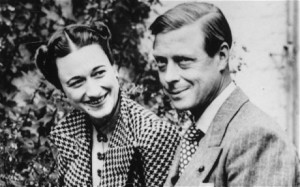 One of the most romantic, incredulous, and famous scandals that began in the bedroom but affected an entire country is that of Wallis Simpson and His Royal Highness Prince Edward. Prince Edward was not allowed to be King of England and consort with a divorced American, so rather than give up the woman he loved, he chose to give up his claim to the throne. His brother, King George VI received the honor and began the current line to the throne.

We tend to enjoy the antics of celebrities during their scandalous affairs in and out of the bedroom, relaxing in the comfort of our own homes, and hope this outrageousness never affects our lives. Some are laughable, some are sad, but they all have one thing in common, something newer and more outrageous that will knock them off the front page is just around the corner. But some of the historical scandals that started or ended in a bedroom will remain forever imprinted in our minds.

This article is produced by One Mall Group for Amerisleep Memory Foam Mattress.

1 thought on “9 Historical Scandals Played Out in the Bedroom”