Hypatia of Alexandria (370AD-415AD) is known as the first woman to make significant contributions to the field of mathematics. She was head lecturer at the Platonist School in Alexandria where she lectured on mathematics and philosophy, and is known for her scientifically rigorous interpretation of Platonism. The records of her life are few, but according to those that have survived, Hypatia was put to death by a fanatical Christian mob at the bidding of Cyril, who was later canonized. Her work was associated with paganism and renounced by Christian authorities and although this may have been a reason she was persecuted, her friendship with one of Cyril’s bitter political rivals no doubt adds a political dimension to her assassination.

The Unknown Hero of Vanilla

Edmond Albius is known for inventing a method of pollinating vanilla at the age of 12. He was born into slavery, never knew his father, and his mother died during childbirth. It was his technique that allowed vanilla to be grown outside of Mexico, thus breaking Mexican control over the spice. He discovered a novel method using a blade of grass to quickly pollinate vanilla at the French colony of RŽunion and it remains dominant in the production of vanilla to this day. Although his technique made vanilla the number one cash crop of the colony, Albius never benefited financially from his childhood discovery. In a twist of history, it was the abolition of slavery in French colonies that bankrupted the vanilla trade in their colonies and left Albius destitute.

By the figures that knew her, she was known as an icy and mystical woman. By the theologians and academics that study her, her work remains hazy and elusive. Simone Weil was a French philosopher and political activist. She stands out as one of the great humanitarian souls of the twentieth century. Even as a young child, Weil was precocious, she learned several languages including Greek and Sanskrit, and studied Ancient and Classical history. She had a remarkable sense of self-renunciation, professing a dislike of luxury and pleasure from early ages. She served for the leftists during the Spanish Civil War and participated in political campaigns and wrote prolifically on the subject of worker’s rights.

A Champion of Native American Rights

John Beeson was born in 1803 in England. At the age of 25, Beeson immigrated to the United States where he settled along the Underground Railroad, giving aid to escaping slaves. He eventually moved to Oregon, where he was exposed to the brutal treatment of Native Americans by whites. He became one of the few people to openly profess the immorality of the white’s treatment of Indians, although he argued for decent treatment of the natives, he agreed with majority opinion that they were savages and uncivilized. Upon the threat of death, he fled Oregon in 1856, and after resettling in New York, continued his advocacy for the rights of Blacks and Indians. 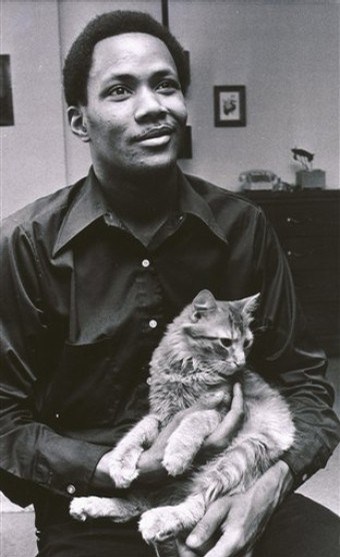 The Man Who Brought Down the President

Frank Wills discovered tape propping a door open in the Watergate hotel in 1972 and alerted police of his findings. These findings led to a scandal that went all the way to President Nixon and led up to his resignation. Wills lost his job shortly after the incident, and the circumstances surrounding his termination are not totally clear. He had difficulty finding work after his involvement with the scandal, with one potential employer citing a fear of losing federal funding if they hired him. Although Wills had found himself in the middle of such dramatic political corruption, he eventually lost his job, and lived the rest of his life in relative poverty and obscurity.

The Father of Vaccines

Edward Jenner was an English physician whose work led up to the development of the smallpox vaccine. It can be argued that his work has saved more lives than any other man. If cures or vaccines for ailments like arthritis or AIDS are ever developed, they will be based on Jenner’s groundwork in the field of vaccination. Although he is best known for laying the foundations for immunology, he was also a respected authority on the anatomy and migration habits of birds. He was born in 1749 and died in 1823.

Andrew Deen creates informative articles in the field of history. This article aims to shed light on overlooked historic figures and to encourage further study with a Masters Degree in History.