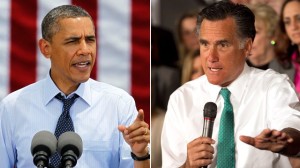 No matter where your political affiliation lies, it is important that you go out and vote. I recently wrote a piece for the Red Pill Report, regarding the importance of voting. Below is an excerpt, if you want to read the entire article, you can find it here. Below is the history portion of the article, without my opinion.

As there are 62 days until one of the most significant elections in our nation’s history, it is important that now, more than ever, everyone takes the opportunity to vote. It is a shame that everyone does not do their part and vote. Voting has not always been a right to American citizens and it is unfortunate that everyone does not participate.

The decision of who could and could not vote was one that started with the inception of America. Starting with the first American election, there were those that thought that the individual should not have a vote. Roger Sherman, Delegate to the Constitutional Convention, said, “People should have as little to do as may be with the government.” Thankfully, the Founding Fathers valued the freedoms and equality that the Revolutionary War were fought over. Because of this, certain American citizens were given the immediate right to vote. Unfortunately, groups such as African-Americans and women would not have this right until a later time.

Originally, only white, male, land-owners had the right to vote. It was not long until this flaw was pointed out in the democratic system, and it became obvious that voting was not equal. Starting in 1812, laws were passed abolishing the property qualifications for white men. In 1868, the Fourteenth Amendment was passed (which defined citizenship) and in 1870, the Fifteenth Amendment was passed (which allowed non-white men to vote), both increasing voting rights. These amendments allowed all males, regardless of color and those born in America, the right to vote. In 1920, the Nineteenth Amendment was passed, allowing women to vote. In 1964 and 1966, the Twenty-fourth Amendment and Harper v. Virginia Board of Elections removed poll taxes, which allowed the lower classes to vote. In 1971, the Twenty-sixth Amendment was passed, allowing adults as young as 18 to vote. America is a nation that wants their citizens to vote. Time and time again, Congress has passed laws intended to get everyone in on the voting process. Even in the last few decades, laws have been passed to let citizens overseas and the homeless vote.

Regardless of party affiliation I encourage everyone to vote and educate yourselves with the issues.

I hear a lot of people groan in states that are ‘always’ red or blue. Those in the minority feel that their vote doesn’t count because they are always overruled by the majority. Those in the majority feel that their vote is wasted since they are just adding to the margin of victory. Who knows when the tide will turn in a state and those who make up the majority in the state will not turn out and the minority will. That minority just might steal that election from under the noses of the sleeping majority. The only way to have your voice heard is to vote. Especially in an election like this one that has ramifications far greater than any I can remember.

At this time, I am living out of my wonderful United States of America, so will not be there for the November election. However, will that stop me from voting? Absolutely not! I will be voting absentee.

Based on some of the responses that I pulled, it seems that I am not the only one that feels voting is important.

3 thoughts on “The (History of and) Importance of Voting”