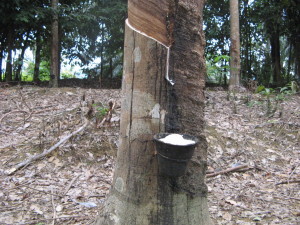 The history of rubber is far more than trinkets and toys. Rubber bands, rubber ducks, and the tire are the first things that come to mind when some people consider the extensive uses of rubber—yes, some rubber ducks are still made from rubber. While most people are familiar with rubber as a commodity, they are not familiar with how it is produced. If I told you that rubber was grown, like a crop, you probably would not believe me; however, this is the case. While Brazil’s main exports are now manufactured and semi-manufactured goods, they were once basic raw goods: sugar, gold, and rubber.

Rubber, like most global-impacting inventions, has a history that goes back further than most would imagine. The first known use of rubber dates back to 1800 B.C. It was during this time period that Mesoamerican culture participated in a team sport—much like today’s version of racquetball—which consisted of a round rubber ball.  This, however, was not just a sport for fun, but was believed to have an impact upon one’s survival. Bernardino de Sahagun, a 16th-century Spanish priest, wrote, “These wretches played for stakes of little value and since the pauper loses quickly, they were forced to gamble their homes, their fields, their corn granaries, their maguey plants. They sold their children in order to bet and even staked themselves and became slaves, to be sacrificed later if they were not ransomed.” 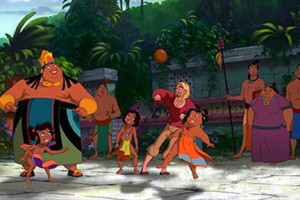 While this quote depicts one view, this blood-sport was so much more. Winners were heroes, praised and showered with treasures; losers were sacrificed, it was believed that their bloodshed ensured rain; and the game of ōllamaliztli lived on for thousands of years. While this sport has changed considerably, versions of it—like ulama—are still played today. (You can watch a short clip of ulama here,)

The major source of natural rubber comes from the Pará rubber tree (Hevea brasiliensis), in the form of rubber latex. These rubber latex producing trees were originally found in South America, predominately Brazil. The way that the rubber latex is extracted from the tree is comparable to the process used to obtain maple syrup from maple trees.

One of the first inventions using rubber was the eraser, invented by Joseph Priestley. It was found to erase pencil marks when rubbed over them, hence the name rubber. Due to the multiple applications of rubber, specifically for waterproofing materials, creating shoe soles, and its part in the mass production of tires, there were time periods called “Rubber booms” (1879-1912 and 1942-1945) where rubber was needed and Brazil profited greatly from their enormous supply of Pará rubber trees. The popularized concept of the American Gold Rush would apply perfectly as a correlation to Brazil and the attempts of those to strike it rich because of this country’s abundance of Pará rubber trees. 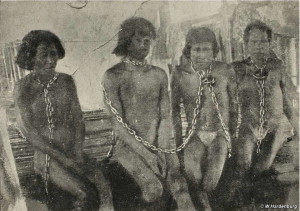 Because of the Industrial Revolution and Charles Goodyear’s ability to vulcanize rubber to produce car tires, the regions that had Pará rubber trees to harvest prospered. Unfortunately, the indigenous population in Brazil and its surrounding countries were taken advantage of. Rubber barons, those who owned rubber plantations, rounded up all the men and women and forced them into slavery. This was not sweatshop factory type slavery, but brutal and inhumane slavery. One described the sight of how slaves were treated as “…so much violence, so much ignominy, egoism and savagery and so little appreciation of human life.”

Much to the dismay of Brazil (and its economy), seeds from the Pará rubber tree plantations were smuggled out, in 1876, and taken to England. While the climate was not tropical enough to grow these trees in England, the seeds grew well in areas, such as India, Sri Lanka, Thailand, and Malaysia. As these countries started to produce rubber (and the fact that people did not like the cruelty of rubber barons), the amount of rubber latex coming out of Brazil declined drastically. It would not be until World War II, when Japan invaded Malaysia and cut off America and Europe’s rubber supply, when Brazil would become a player in the natural rubber trade again.