Most internet memes pop up out of nowhere and take the world by storm, however, the molon labe memes have been in the works for more than two-thousand years. From bumper stickers to hilariously–inappropriate pictures, molon labe memes are becoming more and more popular with political pundits and internet journalists.

In political news and in conservative circles, the term ‘molon labe’ has been tossed around a lot lately. The Greek phrase molon labe is one that has been used in common vernacular for centuries–it (roughly) translates to “come and take them.” This phrase has been used by generals and commanders all throughout history.

The origin of this phrase it credited to King Leonidas I. It was Leonidas, during the Battle of Thermopylae, that coined this term (before fighting to his death). It was his version of “take them from my cold, dead hands.”

During the Battle of Thermopylae, one of the great battles of man-kind–and certainly one of the biggest moral victories recorded in history–Xerxes I, of Persia, demanded that King Leonidas I and his men lay down their arms and surrender. Unwilling to do so, Leonidas responded back with “molon labe”–come and take them! And the rest–as they say–is history.

So why has the phrase “molon labe” become so popular recently?

There are those that believe that the American government is attempting to diminish or destroy the Second Amendment of the United States Constitution. Over the last decade the battle cry of molon labe has become synonymous with pro-Second Amendment activists. These activists would rather face certain death than willingly turn over their firearms.

In fact, you may not be able to sleep tonight…

Below is the documentary in its entirety.

Alternatively, you can save two hours and Google “molon labe meme” for a few good laughs. Below is a preview… 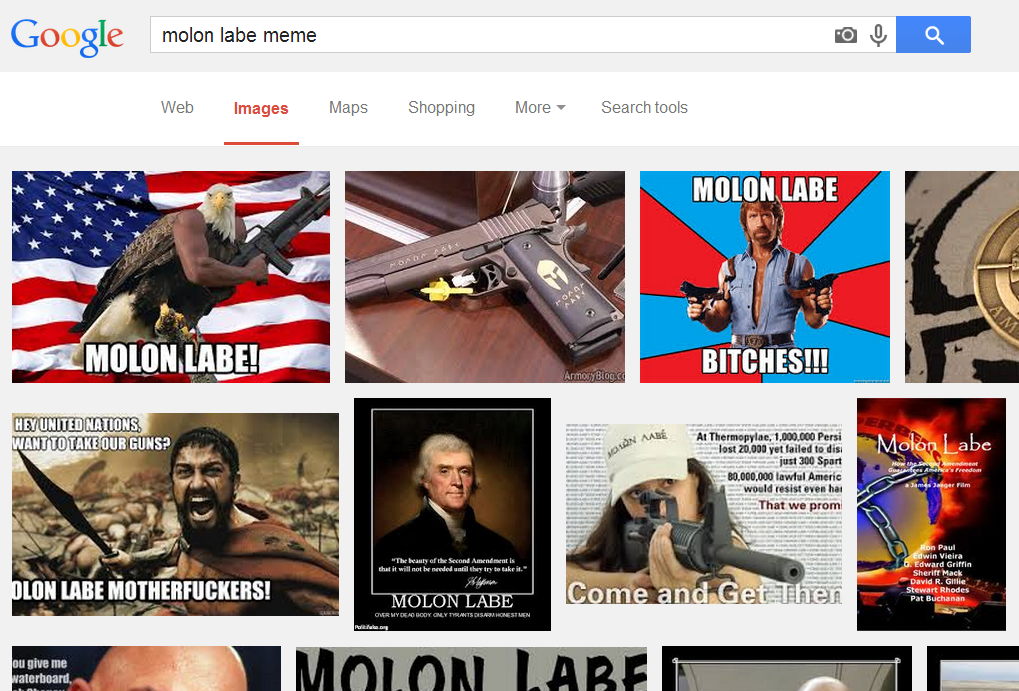