Alright everybody, here is an article from the guys over at HistoricNaturalDisasters.com! They are finishing up a photo project for the centennial of the series of floods and tornadoes that devastated the Midwest in March of 1913. They need help matching “unknown location” images to current locations. The best part is that there is a $100 cash prize for one lucky winner that participates in the contest. So check out the article, then check out the contest information below. Enjoy!

From March 21st to the 27th, 1913, the United States experienced a series of late winter storms that together led to one of the worst natural disasters in US history – but one that is rarely talked about today. Starting in Nebraska and then northern Ohio and spreading out to affect states as far away as New York and Louisiana, these storms brought tornadoes and later flooding to a large swath of the Midwest and parts of the East coast, and changed how many cities prepare and react to natural disasters. 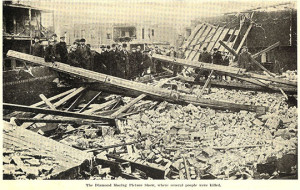 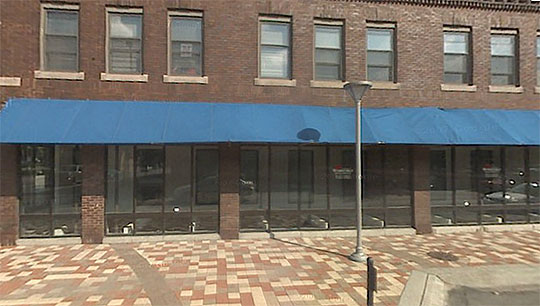 From March 21st through the 23rd, 1913, tornadoes originating in Nebraska ripped across these states as well as Louisiana, Alabama, Kansas, and Georgia. Nebraska, however, was the hardest hit. On the 23rd, Easter Sunday, a tornado sliced through the middle of downtown Omaha before traveling over the border in Council Bluffs, Iowa and dying off. What was left in Omaha after the storm was at risk of burning due to fires that were spreading through the city, fed by broken gas lines. The destruction to the city was extensive by the time the dust had settled, with the Omaha Daily News reporting that damages were in excess of $8 million ($187 million today) and that 115 had been killed.

After the tornadoes had done their damage, the rains came, originating from the same weather systems that had spawned the twisters. As the storms moved over northern Ohio, particularly in the Great Miami watershed area, it rained constantly from March 21st to the 26th. Major river towns such as Columbus, Memphis, Pittsburgh, Albany, and Philadelphia were among those eventually flooded. 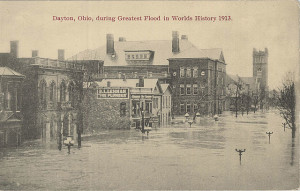 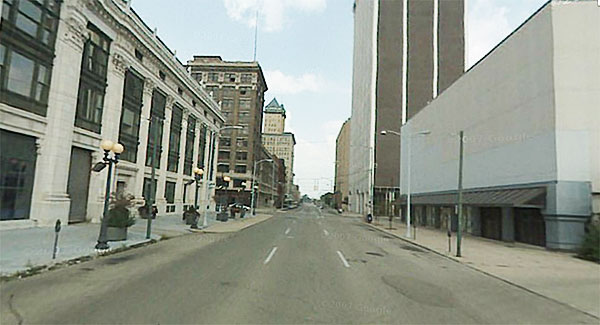 Dayton, Ohio, experienced the worst flooding of all. Dayton was built in the banks of the Great Miami River and had experienced flooding in the past, but nothing as devastating as what occurred on March 25, when the levees along the Great Miami started to break, sending water rushing into the streets. According to the Ohio Historical Society, by the next day the downtown area was in up to 20 feet of water. The exact figures vary depending on the source, but according to the Miami Conservancy District, an estimated 360 people were killed and the property damage in Dayton totaled over $100 million ($2 billion today).

As the storms moved east into Indiana they showed no signs of slowing down. A tornado had already passed through Terra Haute on the 23rd, killing 21, and the state experienced heavy flooding for the remainder of the week. In Indianapolis, the levees around the west side of the city broke, and it was filled with nearly 30 feet of water. The White Water River in Brookville was so high that some bridges acted like dams, slowing the water’s flow. When these bridges broke under the pressure, a tidal wave roared down the river for miles, engulfing Cedar Grove and New Trenton. In Indiana alone there were over than 180 bridges completely destroyed by the raging waters.

There is no definitive way to know for certain how many lives were lost during this terrible week of tornadoes and floods, but estimates typically range into the thousands. In Dayton, cleanup efforts would take more than a year and the economy would not recover fully for over a decade. 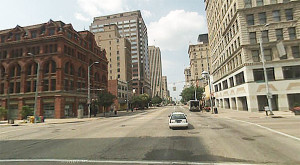 Not everything that came from the storm was negative, however. The Great Dayton Flood was viewed afterward as the ultimate field training for the then newly formed Red Cross, their first large-scale test before being sent to aid wounded troops overseas during World War I. The concept of the “community chest” charity emerged from volunteer efforts in Cleveland during the 1913 floods, and would later become known as the United Way.

Thanks so much to Hankering for History for letting us share a piece of this historical project on HankeringForHistory.com. We’re humbled by the interest in this project, and we really hope you enjoyed this snippet of history!

We’d also like to thank some of the great archives and archivists who have done so much work to help preserve the amazing history of the 1913 flood, including the Dayton Metro Library and historian Trudy Bell. The amount of history compiled at these two websites is truly amazing. Lastly, thanks to Jason from InsuranceTown.com, who lent us some of the resources we used to help prepare content for the web and publish our blog, and inspired our Mapping History Contest.

Don’t forget to check out HistoricNaturalDisasters.com for more images, and for information on our Mapping History Contest – help us figure out the locations pictured in historic photos from 1913 and you could win $100!