As I read textbooks, blogs, and historical, non-fiction literature, I notice an ongoing theme; heroification. Our nation—as does other proud nations—tends to allow our Founding Fathers, past elected officials, and our most predominately heroic figures rest on their laurels. Our nation’s pride(s), whether their heroism spawns from overcoming adversary, bravely leading uphill battles, or risking it all for humanity, should deserve to have their whole life’s story told. Not only do they deserve it, but as citizens, we deserve it. When I hear of a hero, I want the hero to be relatable. I find it impossible to relate to someone who has no character flaws, no imperfections. 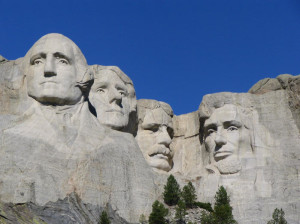 It is especially important to not deprive readers of essential information. As an aspiring historian, I need to know about the skeletons in the closet. An example (and forgive me if I put off anyone against religion): any person interested in Christianity or the history of the religion has heard of the Apostle Paul. Paul, a Roman citizen, was of most importance—if not the most important—to the start of Christianity. He was one of the religions’ prominent missionaries and the author of a large percentage of the New Testament. It is known, and told by Paul himself, that before his conversion, Paul openly and actively persecuted Christians and even participated in the stoning of Stephen. I believe that this plays two very important roles. First, it opens readers and coverts to Christianity to show that they can act in a deplorable manner, which Paul did, and still become a Christian. Secondly, it helps the reader relate to Paul, since I would imagine that many would-be Christians would find it hard relating to Jesus. For whatever reason, Paul found if necessary to include his past grievances; for this I applaud him.

In a book I am currently reading—which has sparked this particular entry—Lies My Teacher Told Me, by: James W. Loewen, he speaks of heroification. In the first chapter he expresses the same sentiment that I have expressed and he uses President Woodrow Wilson as an example. He states that President Wilson was a great president, who was notable for leading America into World War I, developing the League of Nations, and his role in women’s suffrage. James Loewen goes on to state that while all this was true, President Wilson interfered in war and politics in Russia during their civil war and intervened in Latin America sending troops to Cuba, the Dominican Republic, Haiti, Mexico, Nicaragua, and Panama. Both of these ended poorly and are hardly ever referenced; however, when they are, authors attempt to portray the events in a positive light. The most nefarious of his acts was his blatant racism. He segregated and removed almost all of the blacks from federal government positions, he was active in the further implementation of Jim Crow laws, and allowed The Birth of a Nation to be the first motion picture to be shown in the White House. (I wasn’t there, but they say he approved and gave raving reviews.) (If you aren’t familiar with this movie, check it out, it was largely responsible for the “second era” of the KKK.)

In Lies My Teacher Told Me, James W. Loewen goes as far to say:

Omitting or absolving Wilson’s racism goes beyond concealing a character blemish. It is overtly racist. No black person could ever consider Woodrow Wilson a hero. Textbooks that present him as a hero are written from a white perspective. The cover-up denies all students the chance to learn something important about the interrelationship between the leader and the led. White Americans engaged in a new burst of racial violence during and immediately after Wilson’s presidency.

He later goes on to say:

Americans need to learn from the Wilson era, that there is a connection between racist-presidential leadership and like-minded public response.

While I believe it may be a little farfetched to call out authors as “overtly racist” for not mentioning it, there still is an issue. I believe that this issue needs to be resolved, and immediately. There is an overused cliché, “those who cannot remember the past are condemned to repeat it.” If historians and authors of our times are not willing to tell history as it stands, without heroification, our chances of repeating it grow exponentially. If you are a history teacher and you are “lying” to your students; stop!

I haven’t finished the book yet, but so far it is a great read, definitely an eye-opener. You can purchase it on Amazon here: Lies My Teacher Told Me: Everything Your American History Textbook Got Wrong

23 thoughts on “Heroification in History”