Happy Thanksgiving! I hope that none of you are reading this. I hope that you are fortunate enough that you are surrounded with family and friends, not sitting at your computer scouring the web for history blog post.

But maybe you are like me…waiting for your wife to get ready. Ready and waiting, with nothing but time to kill.

Or maybe you are traveling today, and as the passenger, you have nothing better to do. I had a few minutes, so I wanted to help you cut out the boring post, and give you a few great sites to visit.

So if just have three minutes to kill, check out this list of Thanksgiving Fast Facts, from About.com. 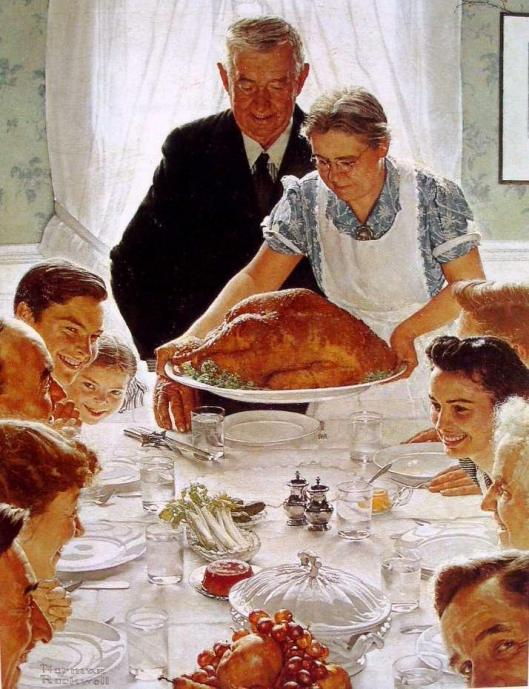 If you aren’t familiar with the picture above, it is the work of Normal Rockwell. Look how happy everyone is. Hopefully your day will look like this. 🙂