There is big news coming from the National Civil Rights Museum. If you aren’t familiar with the National Civil Rights Museum, it is in Memphis, Tennessee. The museum was created from the Lorraine Motel–where Dr. Martin Luther King, Jr. was assassinated–and a few of the surrounding buildings. The motel was closed in 1988, and was re-opened as the museum in 1991. Following the assassination of King, which occurred April 4th, 1968, the room where King was staying had been left unoccupied as a memorial to King. Standing outside his motel room, 306, Martin Luther King was assassinated with a .30 bullet, fired from a Remington 760 Gamemaster. 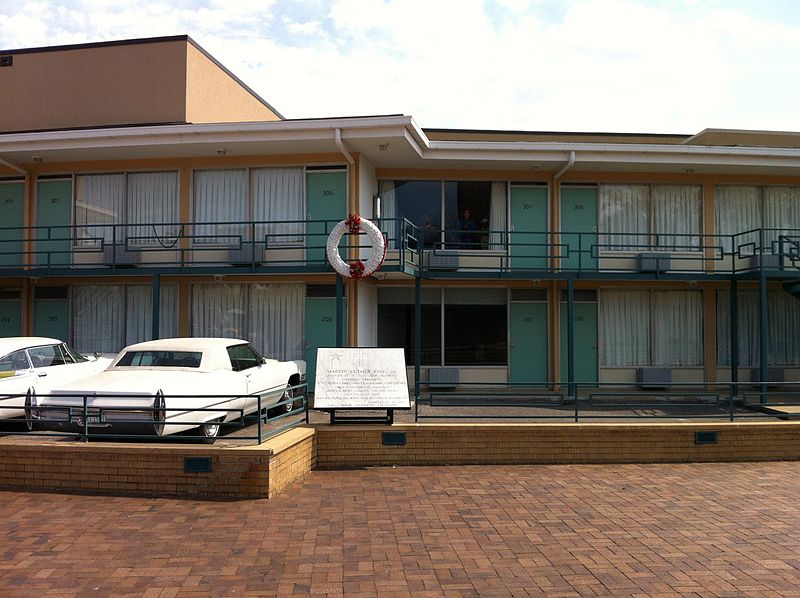 Since the establishment of the museum, the balcony where Dr. Martin Luther King, Jr. was standing, when he was assassinated, has been off limits.

But not any longer!

The National Civil Rights Museum is going to have major renovations and since portions of the museum will be closed for this, they are going to open the balcony to visitors.

Until recently, museum visitors could see the balcony — the museum is built around the two-story motel — but they couldn’t walk on it. When the new exhibit opens, visitors will be able to step onto the balcony, and there will also be a lift for disabled guests. [1]

I am very excited for this. There are those that camp out the night before a movie release, or the selling on the newest iPhone; how many camp out for history? On November 19th, I hope to be one of the first in line to step out onto the balcony. We will see–I hope that it doesn’t rain!

Additionally, I wrote a piece on a great history gift idea last week. I mentioned in this article that I received two newspapers from Historic Newspapers. The second of these papers was from April 5, 1968. 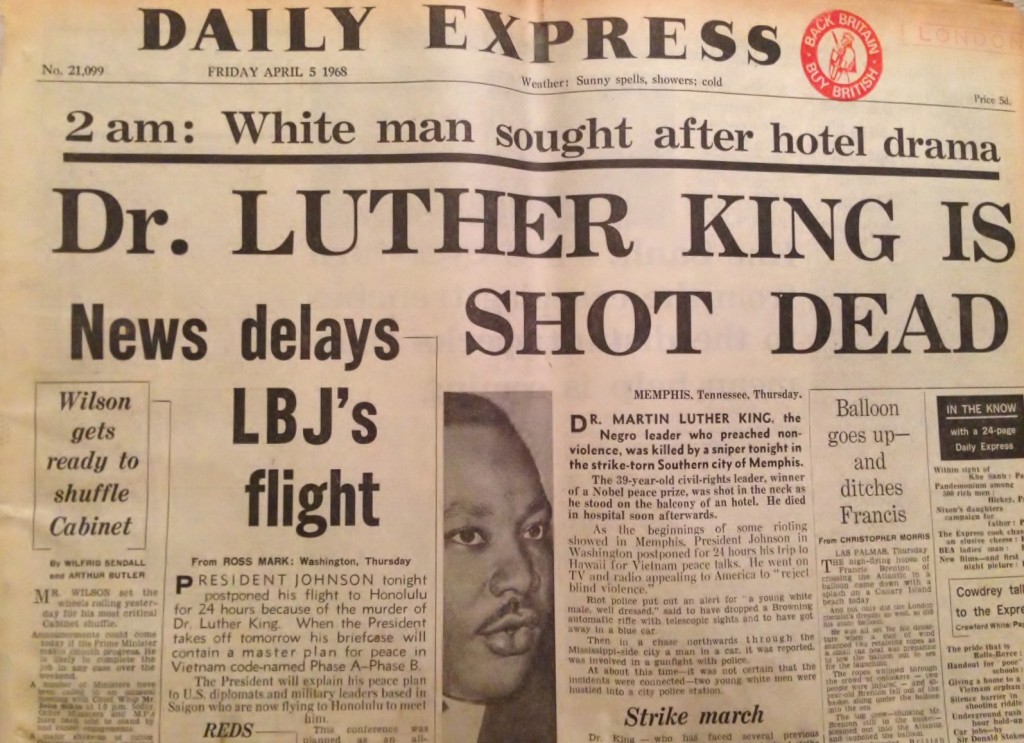 Although the other newspaper was much older, this one is better to me. It is one thing to have a newspaper that is decades old, but to have a paper with such a significant headline is amazing.