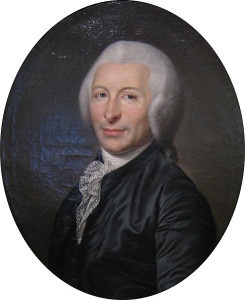 Since the creation of medicine, there have been many medical professionals who have used their knowledge and experience for good and some for evil. While most physicians have taken oaths to do no harm and to help others, there are those that bend the rules. Some, like Dr. Jack Kevorkian (also known as Dr. Death), use their trade to help in a manner they believe is best for the patient; although, through the eyes of the public, his use of medicine is seen as morally wrong. Then there are also those that use medicine for wrong, like Dr. Josef Mengele (also known as the Angel of Death), and there are no ifs, ands, or buts about it–it’s just plain wrong!  Though there are many that have earned nicknames similar to “Doctor of Death,” the original was Dr. Joseph Guillotin.

Joseph Guillotin, a French physician, is often incorrectly identified as the man who created the guillotine. While the guillotine was created during the Reign of Terror (part of the French Revolution), it was supposed to be unterrifying–if that makes sense. On May 2, 1789, Joseph Guillotin was selected as a member of the Assemblée Constituante. These men worked tirelessly for several months to solve France’s financial crisis and to help transition the divided gap between the Estates-General and the National Constituent Assembly. As part of this think tank, Guillotin served as a proponent for medical reform. Possibly his greatest contribution was that of ridding France of its cruel and inhumane forms of capital punishment. He proposed a method where “the criminal shall be decapitated; this will be done solely by means of a simple mechanism.” He assured that unlike the traditional beheading by ax or sword, that his machine would behead “painlessly.”

The following description, given by Joseph Guillotin, is morbid, but by all accounts certainly more human: “The mechanism falls like lightning; the head flies off; blood spurts; the man no longer exists.” 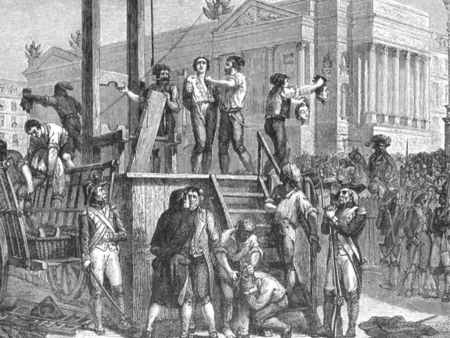 Interestingly, Joseph Guillotin was opposed to the death penalty; therefore, he wanted to find a way that was less painful. Not only did he intend to make it less painful to the man or woman being executed, but to their family. Guillotin advocated for more private executions. This way the spouses–and more importantly–the children would not be forced to watch death befall a family member. Along with the creation of a swift, humane beheading, Guillotin (and the Assemblée Constituante) added the following articles to reform capital punishment:

While there are many who claim credit for the actual design and construction of the guillotine, it was not Joseph Guillotin. In fact, Joseph Guillotin’s family was so embarrassed by the naming of the invention as guillotine that they petitioned the French government to rename it. When the government chose not to comply, the family changed their name.