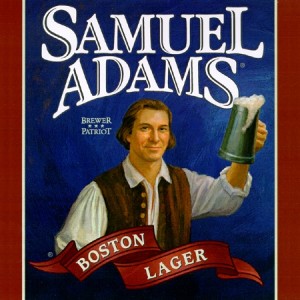 Not the Addams family, sorry, just the Adams…one ‘d.’ How much do we really know about them? The Adams family, in my opinion, is one of the first American dynasties–long before that the likes of the Rockefellers. We spend money with one of their faces on it (John Q. Adams) and we drink their namesake’s beer (Samuel Adams).

The strong branches of the Adams family tree start with cousins Samuel Adams and John Adams. Samuel Adams is known as the organizer of the Sons of Liberty and the Boston Tea Party, governor of Massachusetts, a signer of the Declaration of Independence, and most recently as the patriot brewer. John Adams was a drafter of the Declaration of Independence, a negotiator of the peace treaty that ended the Revolutionary War, and served as the first Vice President and second President of the United States of America.

Of course, who could forget Abigail Smith Adams, wife of John Adams? Abigail Adams was not your typical First Lady. She advocated for married women’s property rights and spoke out openly against slavery. Probably the most important contribution she gave to America was her correspondence with her husband, which have been described “as eyewitness accounts of the American Revolutionary War home front.” Historian Joseph Ellis claims that they “constituted a treasure trove of unexpected intimacy and candor, more revealing than any other correspondence between a prominent American husband and wife in American history.” Let’s not forget that she also gave birth to John Quincy Adams passing on the legacy of the Adams family with him.

John Quincy Adams, a man who served in as many positions as he did political parties, gave his entire career to better our nation. After climbing his way up the political ladder, he served as the sixth President of the United States. After his one term, he continued to serve his country by becoming a member of the House of Representatives.

John Quincy Adams and his wife Louisa Adams gave birth to four children, one of them being Charles Francis Adams. Charles Adams ran as vice presidential candidate for the Free Soil Party in 1848, served as a congressman, and was minister to Great Britain during the American Civil War. Oddly enough he married Abigail Brown Brooks, making her the second Abigail Adams in a span of three generations. He passed on his legacy to sons Charles Francis Adams, Jr., Henry Adams, and Brooks Adams (there were a total of seven children, however, these three had the largest impact on history). Charles Adams, Jr. was an officer in the Civil War, a prominent historian, and a railroad executive. Henry Adams was a historian, and devoted his life to publication and education. He was an educator, editor, author, and novelist of The Education of Henry Adams. Brooks Adams was a historian, philosopher, and professional pessimist. (More on Brooks Adams and his career as a professional pessimist.)

The Adams family tree branches out so far from here that I’d need another ten post to complete it. However, some other notable Adams are Alva Adams, governor of Colorado; Charles Kendall Adams, president of Cornell and the University of Wisconsin; Herbert Baxter Adams, founder of the American Historical Association; and Sherman Adams, adviser to President Eisenhower.

Another way that the Adams family affected America is through its education. While many Adams went on to be educators and historians, possibly the largest impact they have had on education is their impact on Harvard. There have been seventeen Adams family descendants that attended Harvard. With all those Adams, I am sure they shook up the system somehow. It comes as no surprise that one of the twelve residential halls at Harvard is named Adams House.

9 thoughts on “The Adams Family”