To the general public, Paul Revere is the man who rode on horseback that special night, warning that “the British are coming!” (Which, I am reading, apparently never came out of his mouth?!) That matter aside, Paul Revere played a much larger role in the Revolutionary War, a role that he rarely gets recognition for. Several years before Revere’s midnight ride, he was instrumental in sparking public interest–furthering their desire to become independent of Britain.

On March 5, 1770, the event known as the Boston Massacre took place. Three weeks later, Paul Revere would circulate the most effective piece of anti-British propaganda in the American arsenal. The image below is a color print entitled “The Bloody Massacre perpetrated in King Street.” 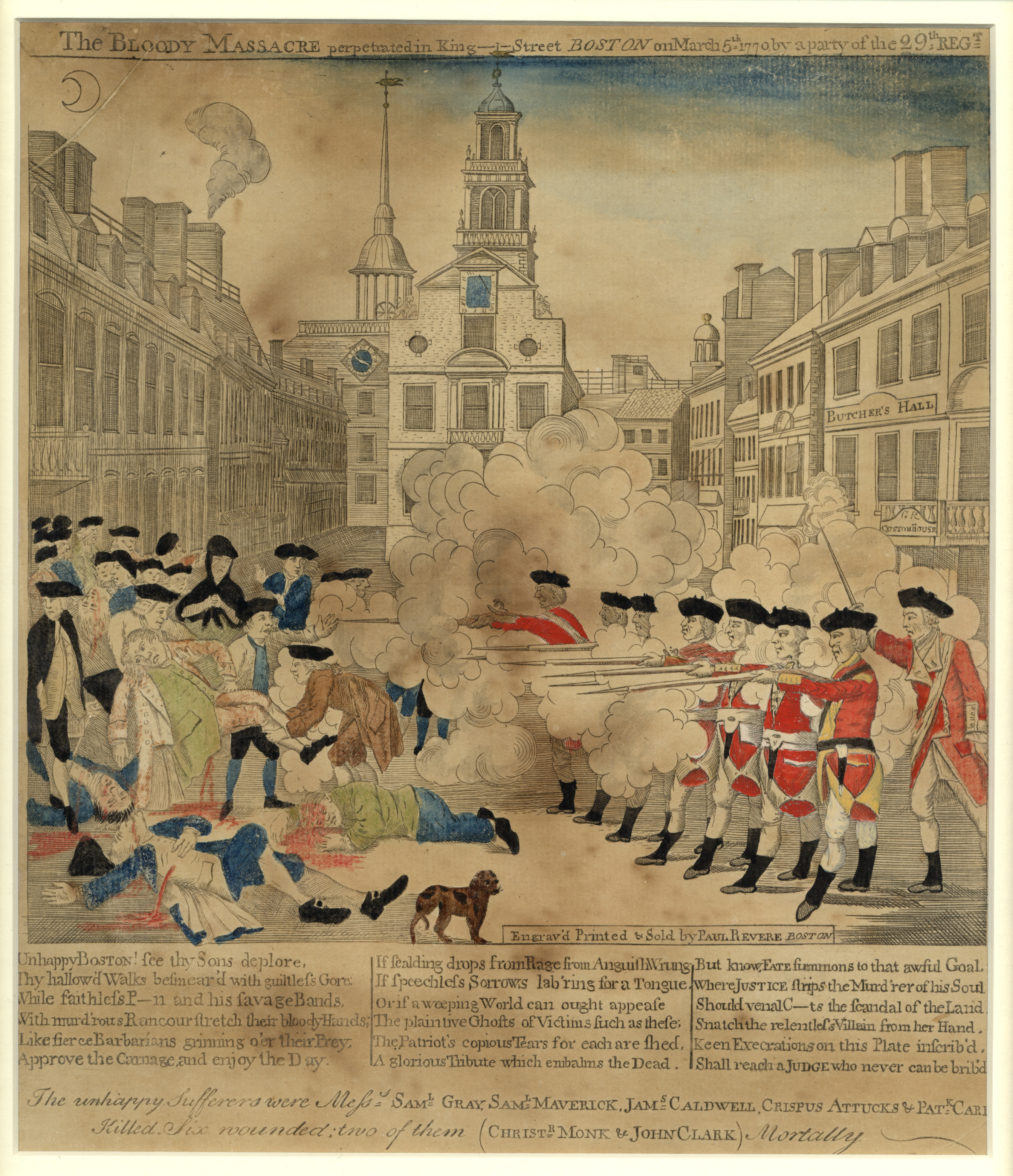 There is no doubt that Paul Revere capitalized on the tragedy to fan the flames of patriotism. In fact, he not only used the above image to quickly disseminate the news of the massacre in Boston, but he also took the opportunity to embellish–just a little. Below is a list of “elements Paul Revere used in his engraving to shape public opinion.” [1]

So while this work of art is considered propaganda, it is good to see propaganda as a benefit and not just a tool used by men like Joseph Goebbels.