Everything that we see today has a history of its own. The electronic devices we use to read this article were made; they are Thomas Edison, Benjamin Franklin, Bill Gates. Our books are Johannes Gutenberg’s printing press, the Greeks’ AlphaBeta, the Egyptians’ papyrus.

History is made only by human beings. Nature, if left to itself, simply follows set patterns over and over again. The most influential people in history were all responsible for changes that are still present in our everyday lives. They were thinkers, artists, scientists–but ultimately human beings whose actions changed patterns of thinking and living.

Most Influential People in History: Thinkers

The most influential people in history are those who bring lasting change–in this case, through their ideas. This quote by Victor Hugo (author of Les Miserables) says, rightly, that physical armies are easier to hold back than ideas that take root (just look at Inception).

Most Influential Thinkers of History: Confucius

Confucius (551-479 B.C.) lived when the Chou Dynasty was falling apart. Along with the crumbling of the dynasty came the crumbling of Chinese principles of society. Confucius developed teachings based on self-discipline and social relationships.

Confucian influence is best seen in neo-Confucian societies, like pre-colonization Korea and Vietnam. Neo-Confucian societies upheld an extremely strict set of social hierarchies. At the same time, anyone could take the civil service exams and advance in society. The influence on education and hierarchy is still evident in modern South Korean society.

Most Influential Thinkers of History: Aristotle

Aristotle (384-322 B.C.) was Greek. He studied under Plato, and taught young Alexander the Great. In his lifetime, he wrote and taught on science, politics, ethics, art, education, and practically everything under the sun. 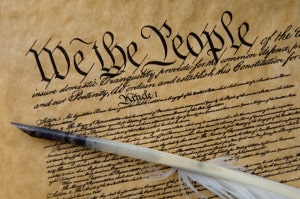 Until now, his ideas come into play. Following the theme of Aristotle’s constitutional republic, he believed that a nation’s leader and its citizens should agree on the way government was conducted. Any nation with a constitution (practically all) is aligned with his ideas.

Adam Smith (1723-1790) is best known for his book, The Wealth of Nations. In it, he describes the Invisible Hand theory. The theory states that buying and selling (demand and supply) automatically finds a balance, and self-corrects. We see this today all over the world: in the free market (or capitalist) economies.

Today, we see the influence of Adam Smith in the number of brand names for basic foods such as bread. We see it in the number of competing advertisements in every major city. Small or starting businesses are also easier to set up because of his ideas.

Most Influential People in History: Writers and Artists

“There is no greater agony than bearing an untold story inside you.” – maya angelou

These most influential people had amazing talent, and their works of art and literature inspire modern authors and artists. They told their stories through their art, influencing future generations to do the same. The most influential have lasting works, and those works have lasting impressions on those who see them.

Most Influential Writers and Artists in History: Michelangelo

Michelangelo (1475-1564) painted frescoes and sculpted statues during the Renaissance Era. He is best known for the frescoes on the Sistine Chapel ceiling, which was a gigantic piece of work. His era was a celebration of the human body and arts. Michelangelo’s works were the standard of perfection at a time when art was at its peak.

Michelangelo’s attention to detail, especially the details of the human body, influenced all artists in his time, and until the present day. It was not at all strange for sketch artists to use his sculptures as models to practice drawing human bodies.

Most Influential Writers and Artists in History: William Shakespeare

William Shakespeare’s (1564-1616) influence cannot help but be felt everywhere in modern society. His plays are on the curriculum in literature courses–Hamlet, Macbeth, and the forever Romeo and Juliet. The themes in the different plays are so relevant to today that his works have become the standard of storytelling.

Because of these relevant themes, his plays have been adapted in popular media. They can be found in movies (Henry V (1944), Hamlet (1996)); modern re-tellings (West Side Story, 10 Things I Hate About You), and constantly referenced in everyday conversation–especially Romeo and Juliet.

Most Influential Writers and Artists in History: Charles Dickens

Look around the working class, anywhere you are, and you will not see children working. They are not behind the counter in McDonald’s, or cleaning the streets, or working in factories. Most of the world has already adopted laws protecting children in that way.

Most Influential Writers and Artists in History: Vincent van Gogh

Vincent van Gogh (1853-1890) was an Impressionist–when artists were trying to capture more of a scene’s emotion than just what it looked like. His style continues today in Modern Impressionism, with artists like Stefan Duncan, Vitali Komrov, and Lee Tiller.

Stefan Duncan’s “squigglism” is directly influenced by van Gogh’s paintings. Vitali Komrov focused on portraits, using van Gogh’s style of doing self-portraits. He even made a version of van Gogh’s self-portrait. Lee Tiller is closer to realism, but his colors are Impressionist.

Most Influential People in History: Scientists

“if i have seen further, it is by standing upon the shoulders of giants.” – isaac newton

We learn in elementary science that the earth goes around the sun. Galileo Galilei (1564-1642) used the telescope in astronomy for the first time,  to prove it. It was not even convenient for him, since the Church still believed the sun went around the earth.

Galileo also, so legend states, learned more about gravity by dropping things off the Leaning Tower of Pisa. After discovering that heavier things do not fall faster than lighter things, he realized that gravity has a constant pull on anything (as long as there is no air friction).

Isaac Newton’s (1643-1727) 3 laws of motion seem commonplace to us now. We memorize them for tests and see it in everyday life. However, when Newton discovered them (calculated them mathematically), scientists were just starting to figure out how anything moved.

Practically everything we have sent up to space–rockets, satellites, spaceships–was sent using Newton’s principles. Calculations that we do on how fast things should stop if they will not hit each other (remember physics exams?) are all his fault as well.

People in Louis Pasteur’s (1822-1895) time knew that alcohol and vinegar can be made by fermentation (wine from grapes, for example). However, they did not know what fermentation was. Some scientists believed it happened because of tiny (micro) organisms. Pasteur agreed.

Pasteur was one of the minority believers in germs. He discovered weaker bacteria, introduced in controlled amounts, made the body immune from the stronger bacteria. Because of this, we now have our modern vaccinations.

Of all the scientists, Albert Einstein’s (1879-1955) theories are probably best known in pop culture. From the widely popular Back to the Future trilogy, to the long-running British tv series Doctor Who, we can say “space/time continuum” like the concept has always existed. 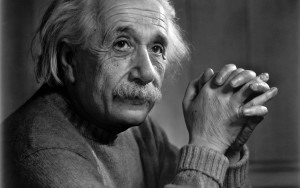 However, it was Einstein who developed the Theory or Relativity. He discovered that space and time were one concept called space-time, and that space-time is affected by gravity. It was the starting point of so many theories related to the space/time continuum. 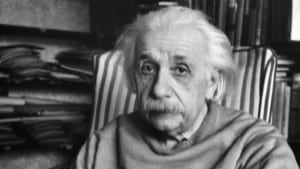 Most Influential People in History: Revolutionaries

Revolutions come in all shapes and sizes, with warfare or even with peace. The EDSA Revolution, where the protesters surrounded tanks, was carried out without casualties. The Arab Spring, on the other hand, was bloody and is still claiming lives. These most influential people in history, revolutionaries, created substantial change that lasts until today.

George Washington (1732-1799) was a General and overall leader during the American Revolution. He also became the first President of the United States. His leadership of his soldiers was crucial, since the colonies were doing the unthinkable: breaking away from Great Britain.

George Washington saw his new country past its revolution, up until its Constitution. He was unanimously elected 1st President of the first modern presidential republic.

Mahatma Ghandi (1869-1948) is, today, known for his teachings of peace and brotherly love. However, he was a revolutionary who greatly aided India’s independence movement from Great Britain. He also, with some success, reduced in-fighting in India itself.

Ghandi’s revolution was typically bloodless. His followers simply practiced “non-cooperation” to the British, stilling the government institutions. Ghandi used this and his series of fasts to gain independence and stop the in-fighting: the ultimate bloodless revolution.

Che Guevara (1928-1967) was born an Argentinian, but he became one of Cuba’s revolutionary leaders. He is a left-wing (tending Communist) revolutionary hero because of his belief in the common plight of oppressed peoples.

It was a time when communism was mostly just a particular brand of nationalism. Guevara believed in fighting for the oppressed everywhere, and he traveled to train revolutionary forces in Africa and South America.

The Most Influential People in History

The most influential people in history rarely know, or plan, for their names and legacies to outlive them. Instead, they pursued their own callings in their respective eras, and ended up causing change. Thinkers and philosophers had entire nations built on their ideas. Revolutionaries became household names because of their actions. Artists and writers lived in their own works, and inspired more, up until the present day. These people are both standards and inspirations to those who learn about.

3 thoughts on “Most Influential People in History”