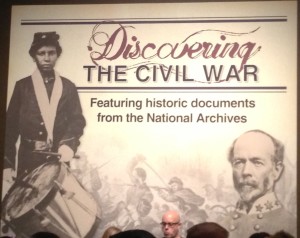 When I heard that the reservation tickets had all sold out and that the museum was offering “limited walk-in availability,” I was concerned that I would travel the whole way there and not get to see the document. My brother, a resident of Nashville, was kind enough to allow me to stay with him and accompanied me to see the exhibit–so lodging wasn’t an issue. Because it was Presidents’ Day, we weren’t sure how many people would be there for the opening at 10:00 am. Upon arrival we parked, went inside, and waited in line hoping to get advanced tickets. Luckily, arriving about an hour early, there were only a few people ahead of us in line. We got our tickets and toured the rest of the museum while we waited for our turn to see the document.

The Tennessee State Museum—which by the way is always free–had an excellent variety of exhibits on display. There was a lot of Andrew Jackson material and a lot of Civil War material, both of which I find interesting. The thing about museums is that you will always learn something. I have never been to a museum and not had the opportunity to walk away with some additional knowledge. I have yet to exit a historical establishment and say to myself, “Gee, what a waste of my time! I didn’t learn a single thing.” 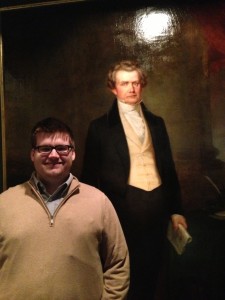 For instance, I had never heard of Felix Grundy before. He played a very important role in early American history. He was a Tennessee politician and was influential in the lives of three United States presidents. More importantly, this portrait was on display to show the potential of historical restoration. I wish I had taken a before picture to show you, but trust me, they did an excellent job restoring this 1858 oil on canvas painting.

An exhibit that I thought was very interesting was the wall display of Confederate states’ money. If you’ve visited Hankering for History for a while, you know that I’ve written before about the 9000% inflation rate that the Confederate States of America faced at the end of the American Civil War. So while this particular exhibit in the museum may have had the most pieces in its collection, it’s not worth the paper it’s printed on. (Well, it may be worth something now…but you get what I am saying.) 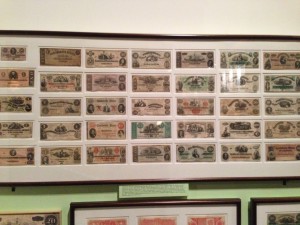 Let’s get back to the Emancipation Proclamation though. Because of the fragile state of the document, no one was allowed to take pictures. (Unfortunately, some people can’t be trusted to take pictures and not use their camera’s flash.) I was hoping to be able to have a picture for you guys. 🙁

“We show our sympathy with slavery by emancipating slaves where we cannot reach them and holding them in bondage where we can set them free.”

That being said, in my original post I did not give this document its proper acclamation. While it is true that it wasn’t an effective tool at the time (it was politically, but it didn’t help end slavery), it did lay down the foundation for the 13th Amendment. 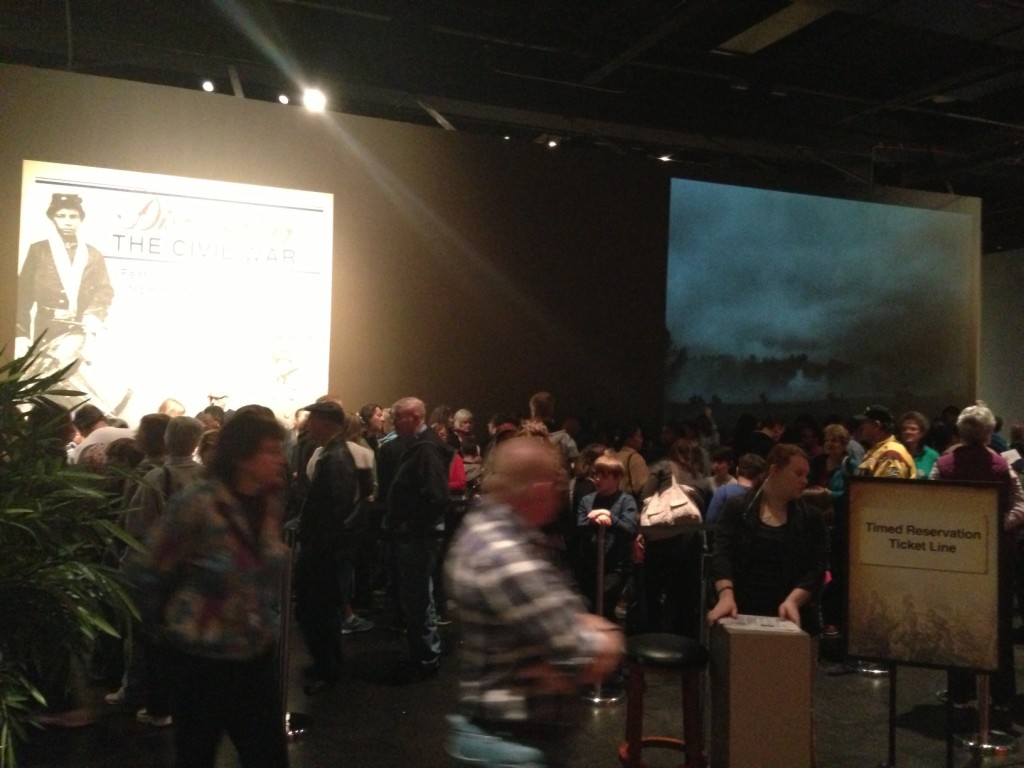 On a holiday, where so many could have been at home or doing something they deemed more interesting, hundreds of people were lining up to walk past documents that had such a profound impact on America. The ripple effect of the Emancipation Proclamation and the 13th Amendment would forever end slavery and change America’s ideology and beliefs about cultural issues–such as rights for minorities and women.

People from all over the nation flocked to Nashville to spend seconds with these documents. Men dressed in Civil War reenactment attire, along with a Tennessee State Trooper, stood guard over the documents and in typical State Trooper fashion exerted a “move along” presence, pushing the people along.

There are few events–of historical significance–that I have attended in my short life, and I am glad to have added this to my list.

4 thoughts on “I Saw the Emancipation Proclamation, With My Own Eyes!”