I have found that my favorite part of school is trying to turn every class paper or essay into a history lesson. I’ve struck again! Science is easily the best subject to do this with. Diseases and inventions documented thousands of years ago; science’s affect on culture, countries, and economies; and how science has shaped the world are all interesting, scientific and historical. Whether you want to know about the history of the polio vaccination or how rubber was invented…I turn science into history here, at Hankering for History! While the history of malaria may not seem interesting, you may be surprised how it has affected America–especially on the battlefield. 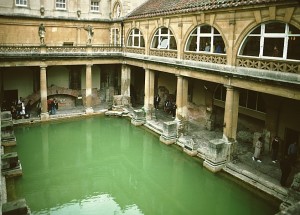 Credited by historians for having the largest impact on the fall of the Roman Empire and contributing to a large percentage of battlefield deaths during every war that America has ever participated in, malaria has outlasted all democracies, dictatorships, and monarchies. Malaria, an infectious disease caused by parasitic protists of the Plasmodium genus, has been around for tens of thousands of years. Malaria is most often passed human-to-human by the mosquito. Though documented historical references of malaria can be traced back as early as 1600 B.C.E., to the Vedic, it was the Greek physician Hippocrates that correctly drew the parallels between malaria and its ability to thrive in tropical areas.

“Roman fever” as it was called in fifth century C.E., was the collective name of the symptoms that were present then and still persist in today’s strands of malaria. Malaria presents symptoms starting with those similar to flu-like symptoms: headache, fever, and vomiting. The most prevalent symptom of malaria—and how it most stood apart from other illnesses—is paroxysm; this cyclical event brings on days of sudden coldness followed by days of fever. Even though medical professionals have been able to recognize the symptoms of malaria for thousands of years, it can only be properly diagnosed through microscopic examination of blood.

Malaria epidemics, transported by travelers, conquering armies, and through slave trade, plagued Europe for a long time until the Romans discovered a way to combat this parasitic disease. Malaria received its name from the Roman’s Italian phrase mal’ aria, which translates to “bad air.” The Romans discovered that malaria was prominent in areas around foul-smelling swamps; thus, the Romans created a drainage system to ensure that stagnant, malaria-infested waters would be flushed out of the city. While malaria is most commonly associated with poorer areas, it is ironic that it was a contributor to an invention that would allow cities and civilizations to become prosperous and thrive. 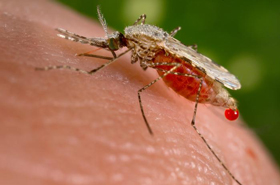 It would not be until the 1880s that a string of scientist would discover the true cause and distribution method of malaria. Starting in 1880, Charles Louis Alphonse Laveran, a French army doctor, noted that the red blood cells of malaria patients were infected with parasites. In 1881, Carlos Finlay, a Cuban doctor, published evidence that the disease was possibly transmitted by the mosquito. In 1894, Sir Ronald Ross, a Scottish physician, and Sir Patrick Manson, the “father of tropical medicine,” provided unquestionable evidence that the mosquitos carried the blame for passing the malaria parasite through its salivary glands.

As noted earlier, malaria is commonly associated with poverty; however, economic trends now show that it is one of the primary causes of poverty. It has been estimated that the impact of malaria cost Africa $12 billion USD, annually. In countries where malaria is prevalent, it is responsible for 50% of illnesses that led to patients seeking medical attention. Another negative impact that malaria presents to the economy is in the production of counterfeit drugs. Specifically in Asian countries, counterfeit anti-malaria medicines have run rampant costing patients and medical facilities millions of dollars.

Even though malaria is now predominately found in sub-Saharan Africa and South Asia, it was once a major problem in every country; malaria plagued New World Americans from day one. In 1607, malaria plagued the colony of Jamestown and took the lives of half of the settlers. During the American Civil War, an estimated 1.2 million cases of malaria were reported (North and South combined). Even after the discovery of how malaria was contracted and spread, over 500,000 cases of malaria were reported in American soldiers during World War II. There was such a large concern over malaria that the CDC formed the Malaria Control in War Areas (MCWA), in 1942, to ensure that American military bases stayed malaria free.

With 3.3 billion of the world’s population living in “areas at risk of malaria transmission” and the World Health Organization estimating that 655,000 annual deaths are due to malaria, it is surprising that more resources are not funneled into a malaria vaccine. On average, 1,500 cases of malaria are reported every year in the United States of America. Until a vaccine is found, there are numerous safeguards to ensure that travelers do not contract malaria: anti-malaria medications, insecticide-treated nettings, and mosquito sprays are heavily recommended by the CDC.

9 thoughts on “History of Malaria”