There are certain periods of time in history, where I could ask, “What prominent figure, during the year XYZ, is known for his facial hair?” And the majority of people would have the same answer. For example: Mustache, World War II, and go… If your first answer was not Adolf Hitler, I would be surprised–and if you say Charlie Chaplin, just bear in mind that he played Hitler in The Great Dictator. But what about World War I? 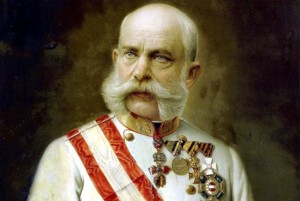 Believe it or not, today I offer up two articles, one entirely about mustaches during World War I and the second is about five historical figures, all but one sporting well-known facial hair during the time period one year before World War I.

The first article is from Mental_Floss, entitled 8 Awesome Mustaches of World War I. Easy enough, and fun! Check out the gallery to see the eight men who “conveyed their virility, age, and experience” through their awesome mustaches.

While mustaches are nowadays a matter of choice (and occasionally worn tongue-in-cheek), a hundred years ago a man’s facial hair was serious business. Mustaches and beards conveyed virility, age, and experience, not to mention the personalities of their wearers.

These eight men, politicians, rulers, and military men, all played large roles during World War I. While most of them aren’t in the history books for their mustaches, it’s worth taking a gander.

The next link is more of a serious article, from BBC News. The year is 1913, and five men are living in the European version of the melting pot, in Vienna. It no surprise that five men, who would play such a historic role, all lived in the same part of central Vienna in 1913; however, the five men themselves are so unique that the article makes for an interest piece. 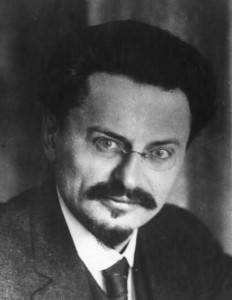 When the Austro-Hungarian Empire crumbled in 1918, the men who would become: a leader in the center of Nazi Germany, World War II in Europe, and the Holocaust; the Russian Marxist revolutionary and theorist, who would create the Red Army; the leader of the Yugoslav Partisans, Europe’s most effective anti-Nazi resistance movement; a world-renowned neurologist, who became known as the founding father of psychoanalysis; and the Soviet Union leader, who coined the phrase ”socialism in one country” all departed into their separate corners to shape the decades to come.

The article, 1913: When Hitler, Trotsky, Tito, Freud and Stalin all lived in the same place, tells of how all these great men lived in the same part of town. Adolf Hitler, Leon Trotsky, Joseph Tito (the only one without a mustache), Sigmund Freud, and Joseph Stalin all played pivotal roles in shaping Europe and Asia–politically, socially, and economically. The article gives little anecdotes like “Trotsky and Hitler frequented Cafe Central, just a few minutes’ stroll away, where cakes, newspapers, chess and, above all, talk, were the patrons’ passions.” It makes for an interesting read and makes you think.